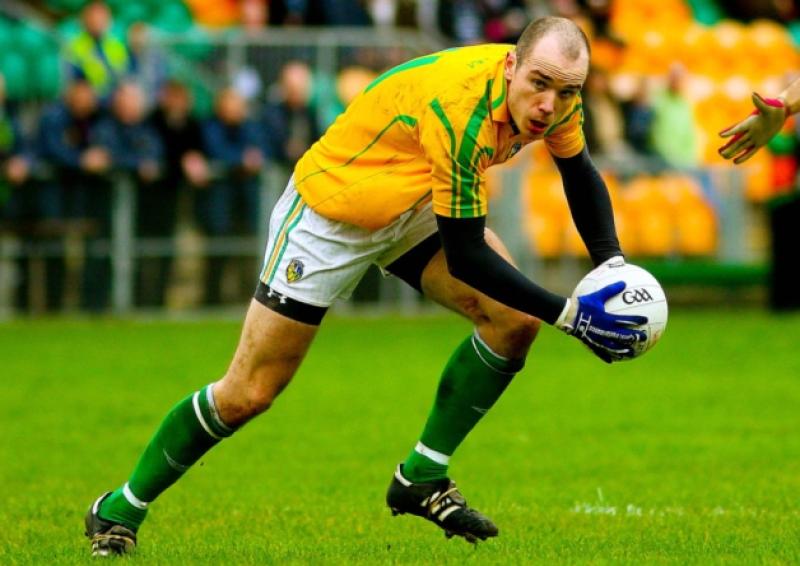 Leitrim’s hopes of promotion from Division 4 of the Allianz League took a massive blow on Sunday when a rampant Tipperary blew the Green & Gold out of the water in Pairc Sean Mac Diarmada.

Leitrim’s hopes of promotion from Division 4 of the Allianz League took a massive blow on Sunday when a rampant Tipperary blew the Green & Gold out of the water in Pairc Sean Mac Diarmada.

With a goal just 12 seconds from the throw in and another in the dying seconds of the first half, Tipperary shattered Leitrim hopes of a victory that would have would have gone a long way to achieving long awaited promotion.

A rampant Tipperary underlined their status as the class of the Division by dominating this contest from start to finish, despite spirited Leitrim resistance in the first half, and they look more than capable of making an impact at a higher grade.

Their victory secured promotion for the Premier county footballers, the speeches and celebrations on the field afterwards underlining just how much it meant for Tipperary, only their third ever promotion in their footballers’ history.

But with Clare scoring a big win over Carlow, Leitrim’s promotion hopes appear to be well and truly shattered, barring a remarkable series of results in the last round of games.

A Wicklow win against Tipperary would see the Garden county finish ahead of Leitrim regardless of any other result next weekend and Tipperary have the head to head result against Sean Hagan’s side.

Another Tipperary win would be in Leitrim’s best interests but the Green & Gold must then hope that Antrim beat Clare at home next Sunday and by a sufficient enough margin to wipe out the 31 point advantage in scoring difference the Munster men enjoy over Leitrim.

Manager Sean Hagan remarked that realistically Leitrim’s promotion hopes are over but pin-pointed the result in Dungarvan as the key factor rather than the destruction in Pairc Sean Mac Diarmada last Sunday.

Tipperary made a statement right from the throw-in when Peter Acheson, George Hannigan and Conor Sweeney combined to release Brian Fox for a devastating goal just 12 seconds into the game, a score quickly rubbed in by two Conor Sweeney placed balls in the first three minutes.

Leitrim almost engineered a quick response when Robbie Lowe did well to flick the ball over the head of keeper Paul Fitzgerald but a defender was there to intercept long before the ball went near the goal-line.

Leitrim did start to find their feet and three points, two from Emlyn Mulligan frees and one from a Darren Sweeney monster effort after good work from Donal Wrynn and Damien Moran, saw Leitrim close the gap to a goal after 12 minutes.

But just as they would do all day, Tipperary hit back in devastating fashion - Michael Quinlivan beat his man in the corner and surged in towards goal before palming the ball across to Conor Sweeney who half-volleyed the ball soccer style to the Leitrim net.

George Hannigan added a point before a careless pick-up denied Tipperary a certain goal as two men were clear on goal while Brian Fox had a certain goal blocked on the line.

Gary Reynolds with a lovely side-footed effort and Aaron Hickey with a huge score from the wing cut the gap with Philip Austin and Kevin Conlan (fifty) swapping points.

Tipperary should have goaled a third time when Ger Mulhair was first to get onto a clever tap down from Michael Quinlavin but blasted high over the bar. Kevin Conlan swapped points with Brian Fox before Leitrim enjoyed a productive spell.

Wayne McKeon availed of a Tipp turnover to score from distance before James Glancy availed of good work from Gerry Hickey and Ray Cox to point. And when Wayne McKeon thumped another long range effort over the bar, the Tipper six point lead was down to just three with five minutes left in the half.

Unfortunately the final five minutes saw Tipperary kill off the game - Philip Austin pointed after a patient move but with the half in the dying seconds of two minutes of added time, the Munster men worked the ball through the Leitrim attack.

The attack appeared to break down but with a Leitrim man losing the ball, Austin pounced, took possession and drove the ball to the net from close range to give Tipperary a 3-8 to 0-10 halftime lead.

The goal all but killed off Leitrim’s hopes and despite a black card for Tipperary’s Mulhair a minute into the second half, Leitrim were still chasing shadows in the second half. Darren Sweeney finished off a good move with a fine point but Tipperary hit back with a Qunlivan free.

Nine minutes into the second half, a huge long ball was brilliantly palmed by Conor Sweeney into the path of Ian Fahey who put a rocket into the Leitrim net.

Brian Fox and Philip Austin tagged on points before Leitrim hit the next three points - sub Sean McWeeney firing over a fine individual point along with points from James Glancy and Emlyn Mulligan.

But the spell also saw the controversial dismissal of Robbie Lowe on a second yellow card, referee Damien Brazil judging that the Leitrim forward have dived rather than be pulled down although it has to said that there was little dispute from the Leitrim players.

Emlyn Mulligan did try to get a consolation goal 12 minutes from time, Leitrim’s only real sniff of a goal but the chance went fizzing past the near post and Tipperary showed the home side how it was done when a three man move ended with Conor Sweeney blasting to the net.

Sweeney and Kevin Conlan swapped scores but Tipperary were at their ease and added four further points from Sweeney (3) and Robbie Kiely with a solitary Emlyn Mulligan point in reply in one of the county’s biggest League defeats in years.