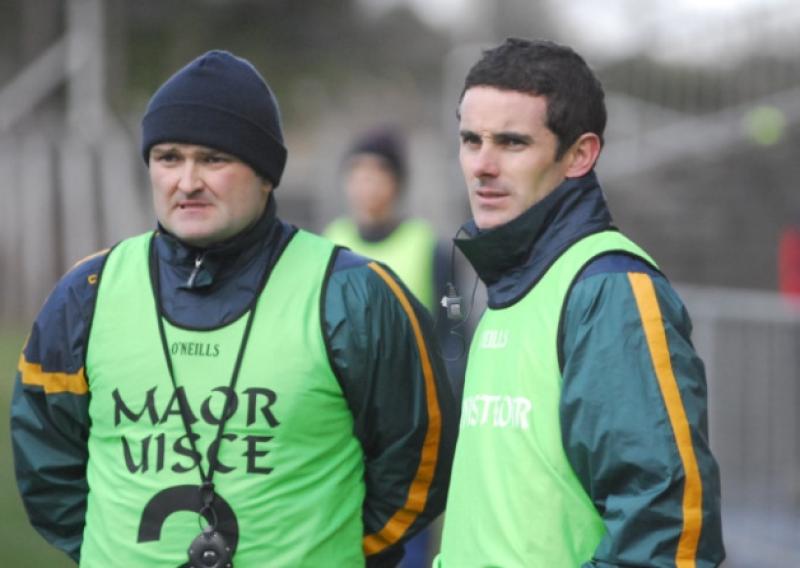 While the majority of those in Pairc Sean MacDiarmada at 6pm last Saturday were in a state of shock, Leitrim manager Shane Ward was calmness personified as he assessed the game.

While the majority of those in Pairc Sean MacDiarmada at 6pm last Saturday were in a state of shock, Leitrim manager Shane Ward was calmness personified as he assessed the game.

From the comfort of the press box it was clear Leitrim had a very definite game plan, to defend in numbers, not concede needless frees and take their opportunities when they came. That makes Leitrim’s achievement sound considerably easier than it was but Shane agreed taking their chances was the key to victory.

“The modern game is all about taking your chances when they come because they don’t come very often. Our boys certainly worked hard, the chances were few and far between and they definitely turned the screw when they got their chances. They took every opportunity that came their way and that is the difference between winning and losing.”

With the pressure of knowing that a Leitrim team had not won a Championship game in so long it would have been easy for an inferiority complex to surface but as the game progressed it was evident the players were growing in belief.

“When you’re working with 19 and 20 year olds, obviously playing the All-Ireland Champions is daunting, and it’s a very hard thing to convert into motivation and belief that they can actually beat them. As the first half wore on they built themselves into the game, they gradually got belief and they gradually started to push on. When that push comes, if you have six or eight leaders in your squad to take the bull by the horns and win the game then you’re on to a winner.

When asked if the dramatic game had unfolded as he had expected, Shane acknowledged it was what they hoped for. “When you’re playing the All-Ireland Champions you just hope to stay in touch and take your chances when your chances come. That’s exactly what we hoped for and that’s exactly what happened. Whether that was their plan or not I’m not sure but that was ours anyway.”

Man of the match Niall Brady, even in the difficult opening stages, was a shining light for Leitrim and his effort was recognised by his manager.

“To be a forward you have to be a wee bit boastful, you have to be a bit cocky and sure of yourself and Niall was all that. He worked so hard, he was willing to put in the graft as well as get the scores.”

Having secured a first win since ‘98 Leitrim fans are already planning for a Connacht Final on April 5 against the old enemy, Roscommon.