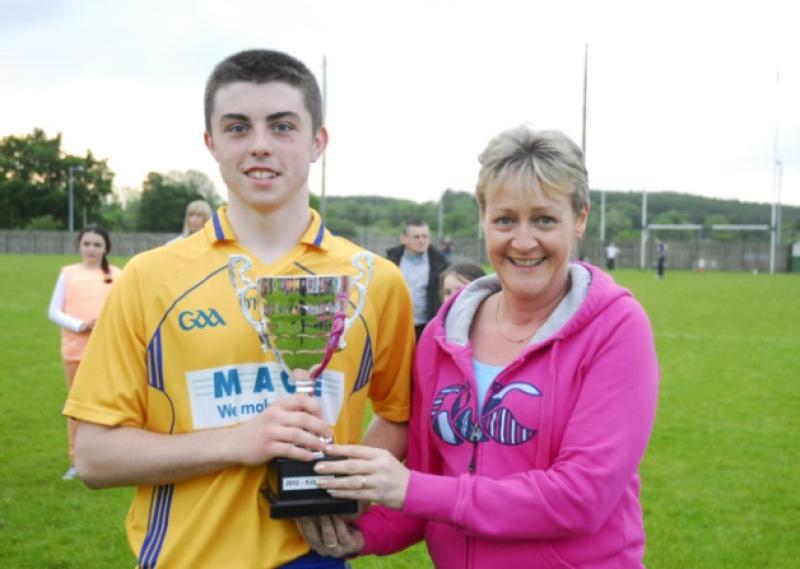 Just a week after drawing in the last group game, Glencar/Manorhamilton claimed the U16 League 13-a-side title with a powerful display against Annaduff.

Just a week after drawing in the last group game, Glencar/Manorhamilton claimed the U16 League 13-a-side title with a powerful display against Annaduff.

Throughout this contest in Leitrim Gaels Community Field, spectators witnessed a free flowing game, top class fielding, some fine individual scores but above all else two teams with great work ethic and disciplined tackling with only six points of the 2-27 accumalated by both sides coming from frees.

Both teams will be eagerly looking forward to the championship later in the Summer, looking to build on their strong displays in the League.

In the first 15 minutes, Manor hit four unanswered points courtesty of Donnacha Devaney (2), Ruairi Sheridan and Adam Connolly. Annaduff got off the mark with midfielder Conor Cronin slotting over from play.

Manor had a lot of possession during this period of the game but were finding it diffucult against an Annaduff defence that was holding tight under pressure.

Indeed the loss of corner back Donal McNabola through injury after 20 minutes was a real set back for Annaduff as he was putting in a very solid performance in the defensive unit.

Manor then started to pull away from their opponents in the last 10 minutes of the half with points from Stephen Loughlin (2), Ruairi Sheridan (2), Donnacha Devaney and Oisin Keaney with Annaduff’s Sean Quigley keeping them in touch with a pointed free and one from play.

Manor should have been further ahead at the interval than the 0-10 to 0-3 scoreline but some top class saves by the Annaduff netminder Shane Cox kept them at bay.

One of his saves was a real peach when he dived full stretch to put an Adam Connolly pile driver around the post.

The first 10 minutes of the second half saw Annaduff hit a purple patch. They started to win ball around the middle of the park and run at the Manor defence and they scored 1-3 without reply with Dáire Guckian, Conor Cronin and Adam O’Hagan pointing from play and Michael Cox finishing to the net.

With only one point now between the sides it looked as if the game could go either way. Ruairi Sheridan steadied Manor’s nerves with a pointed free before Adam Connolly sprung to life when he hit a remarkable 1-2 scoring spree in a four minute spell to put Manor back in the driving seat.

This killed off the Annaduff challenge and even though they battled gallently to the end Manor ran out 1-19 to 1-8 winners.