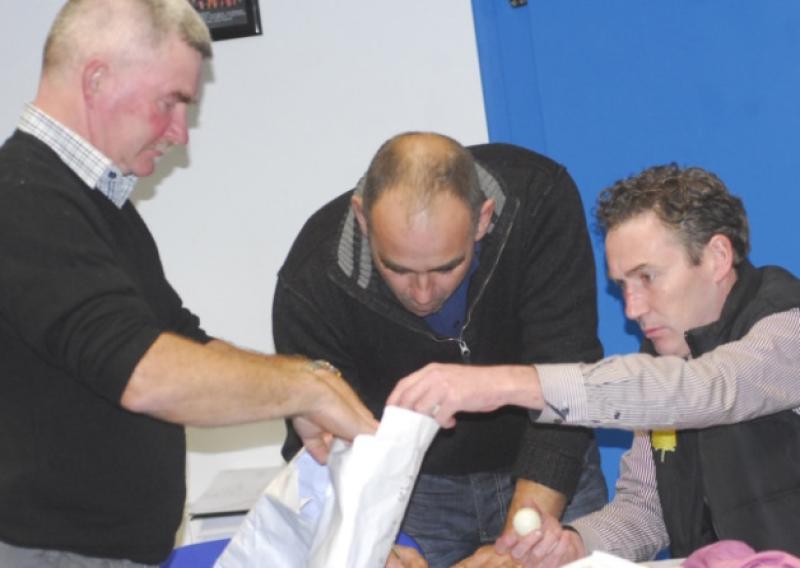 Glencar/Manorhamilton and Mohill will have the attention of the county on Sunday week as the dates have been set for the Senior and Intermediate Championship Quarter-Finals.

Glencar/Manorhamilton and Mohill will have the attention of the county on Sunday week as the dates have been set for the Senior and Intermediate Championship Quarter-Finals.

The stand out tie repeat of last year’s Quarter-Final has been fixed for Sunday, August 24, in Pairc Sean Mac Diarmada with the remainder of the Quarter-Finals the previous day but it is the meeting of heavyweights Mohill and Glencar/Manorhamilton that will most excite fans.

The two teams met in last year’s Quarter-Finals with a Ronan Kennedy goal grabbing victory for an unheralded Mohill against a wasteful Manor side who kicked 16 wides.

Champions St. Mary’s are drawn to face Drumreilly in the Quarter-Finals while unbeaten Gortletteragh take on eighth place playoff winner Aughawillan in an intriguing clash.

One of the biggest crowds of the weekend will surely be drawn to the derby between Allen Gaels and Kiltubrid as the draw last Saturday in Cloone threw up an intriguing and exciting set of fixtures.

The draw for the GWP Intermediate Championship is no less exciting with another set of favourites drawn to face each other with Cloone and St. Patrick’s Dromahair taking on each other while eighth place playoff winner Ballinamore Sean O’Heslin’s face a mouth-watering clash with fellow parishoners Aughnasheelin in another game sure to draw big crowds to Pairc Sean Mac Diarmada.

Last year’s finalists Eslin take on a Ballinaglera side who have come in under the radar while a north Leitrim derby will see Glenfarne/Kiltyclogher face Drumkeerin in a fascinating encounter.