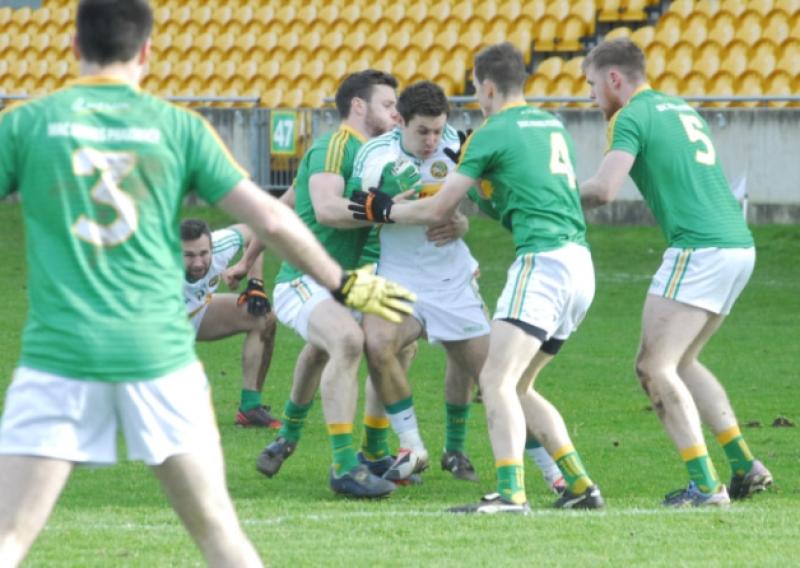 He may have termed Offaly’s injury time equaliser as “heart-breaking” but manager Shane Ward stressed that Leitrim had gained a point last Sunday in Tullamore.

He may have termed Offaly’s injury time equaliser as “heart-breaking” but manager Shane Ward stressed that Leitrim had gained a point last Sunday in Tullamore.

After trailing by nine points very early into the second half, Leitrim transformed the game as they scored a stunning 1-11 to almost snatch victory over Division Four leaders Offaly in O’Connor Park Tullamore as they twice led in the last five minutes.

But the Leitrim manager termed it very much a point gained, a phrase he used after the draw against Longford, but there was no doubting that there was a very different feel to Sunday’s draw in O’Connor Park, the Green & Gold much happier with the nature of the performance.

“It is a draw, it is a point, a point gained,” said Shane, “and for us, at our stage, when we look back at the second half, knowing that we could have won that game, had we improved various elements of our game, then that tells us enough that we are progressing well and moving forward.

“That is all we want, we are not looking at the two points, the one point or the loss and when we get the victory or a loss, we do the same thing, we do an analysis on it, we look back on it and we work harder the next week in training.”

Despite his relative happiness with a point, Shane admitted it was a wrench to let the victory slip but revealed that he was far from happy with the first half display, a fact relayed to the players during the halftime break.

“It is heart-breaking to a certain extent,” said Shane when asked how he felt to see victory slip from the grasp, “First of all I’m happy with the performance in the second half, I wasn’t overly happy in the first half and I think the boys got that message in the dressing room at halftime.”

• See more reaction from Shane Ward on page 73 of this week’s Leitrim Observer.