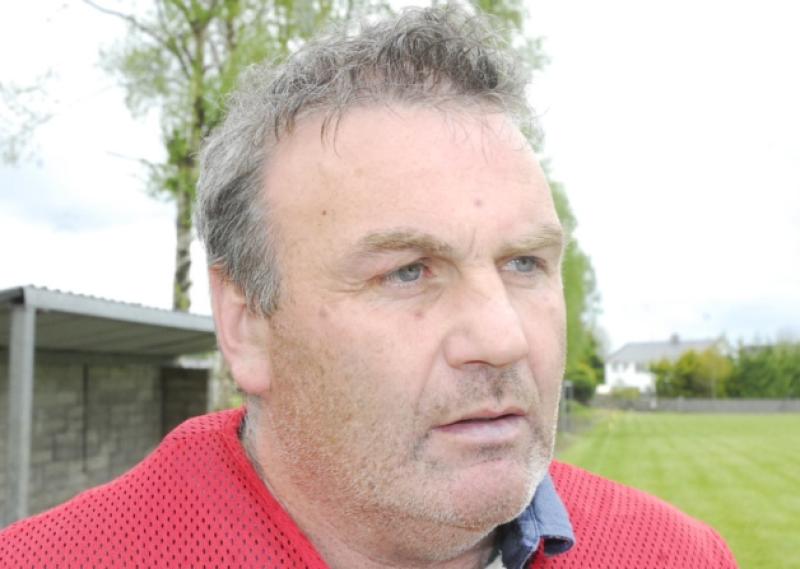 Manager Pat Costello was delighted with the effort Leitrim Ladies put in last Sunday morning in Dromod but feels that the Green & Gold will have to become a bit more ruthless in front of the posts to take the next step.

Manager Pat Costello was delighted with the effort Leitrim Ladies put in last Sunday morning in Dromod but feels that the Green & Gold will have to become a bit more ruthless in front of the posts to take the next step.

When it was put to him that he must have mixed feelings over the loss in that it was an improved display but first half wides proved costly, Pat said “First of all, I have to say we recovered mighty from the defeat in Ballyhaunis, we have to acknowledge that, they threw everything at them.

“Maybe just a small bit more ruthlessness that we have the chances, to put them away. They didn’t go at one end for us but they came down the far side and went for them. Really, really proud of the effort they put in.

”They weren’t just five shots,” said Pat in reference to five missed chances in a five minute spell, “they were five scorable shots if you know what I mean, we dropped them short into the hands of the goalie.

The Leitrim manager also felt that his team went some way to ridding themselves of some doubts about playing Sligo - “Sligo came into the game on a great high but we matched that and we’re not that far off, there’s not much between the two teams, they have a stronger panel than we have at this moment in time, that’s all.

“I can only praise our own, they matched them for long periods of the game, Mairead Stenson was a big loss when she went down at that particular time. I’m really, really impressed with the performance, we have to work on a few things and we have five weeks to do that now.

”There was a huge amount of positives, for two weeks in a row, we went in leading at halftime so it is just that next step up, to get the mental attitude right.”

As for the rest of the championship, Pat said “We can’t be too disappointed - if we won this game, we’re in the semi-final, lose this game and we’re still in a Connacht Semi-Final. It was nice to get the performance in and a bit of belief in the girls and they certainly showed that today.

“The Club League Finals are on this Friday and Saturday, we’ll give them Wednesday off and we have four good hard weeks to work on for the next game. We need to have that time for ourselves for just one team rather than two or three teams around the county.”