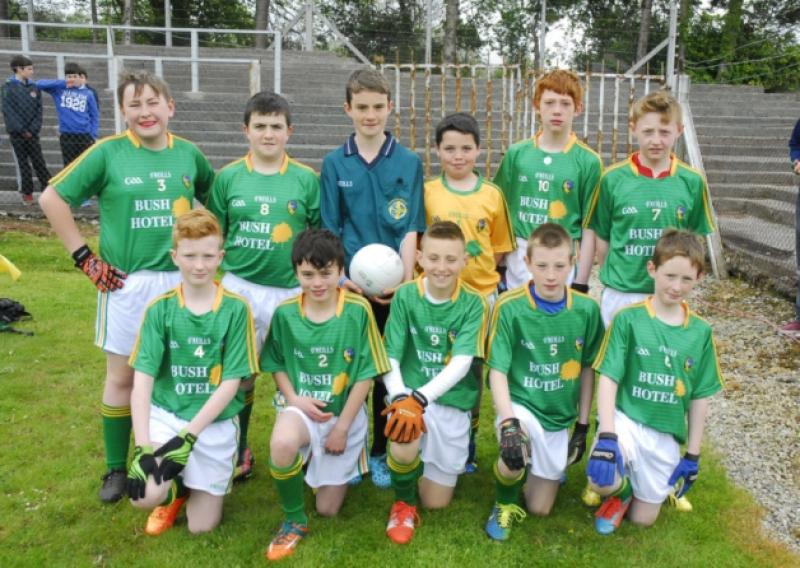 The first of the Allianz Cumann na mBunscol Liatroma Finals take place next Tuesday, May 26.

The first of the Allianz Cumann na mBunscol Liatroma Finals take place next Tuesday, May 26.

Four Finals will take place in Pairc Sean Mac Diarmada with eight different schools in action next Tuesday with all finals to be played in Páirc Seán Mac Diarmada.

Schools are asked to note that Finals cannot be rescheduled, each school had an opportunity to declare unsuitable dates for matches.

Where fixtures have yet to be confirmed, schools will be notified as soon as possible.

We are looking for the most colourful supporters again this year so don’t forget to show your support for your school teams.

Schools are also reminded to vote for a team in their league for the Allianz Cumann na mBunscol Fair Play Awards. These awards were established to recognise and celebrate fair play in our competitions. Nominations can be sent to the Allianz Cumann na mBunscol committee. The awards ceremony for most colourful supporters and the Fair Play awards will take place at a later date.

The Allianz Cumann na mBunscol quiz took place in the Mayflower on Tuesday May 12. Thank you to everyone for their support. We had a great turn out on the night. Winning teams were first place St. Joseph’s Leitrim, second place St. Brigid’s Drumcong and third place Killenummery NS.