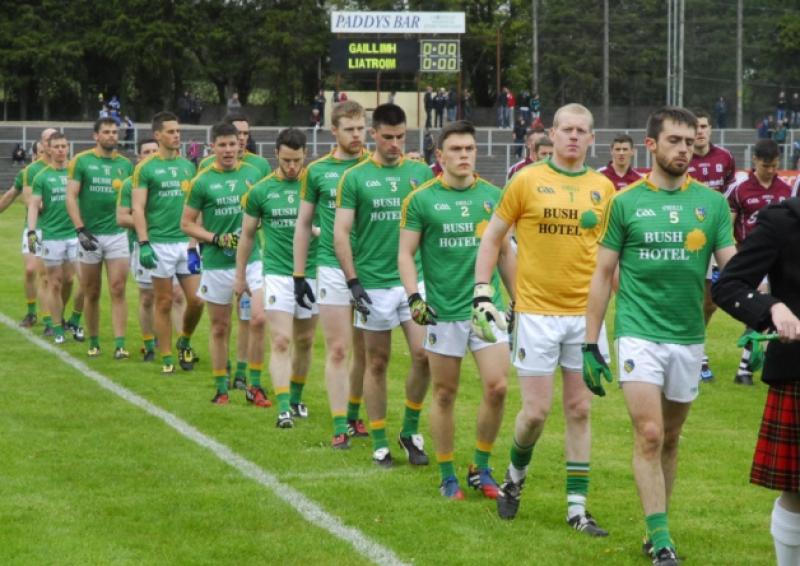 Positivity seems to be the default position of this Leitrim team and captain Sean McWeeney is no different, even if he was obviously hurt by the eight point losing margin last Sunday.

Positivity seems to be the default position of this Leitrim team and captain Sean McWeeney is no different, even if he was obviously hurt by the eight point losing margin last Sunday.

Asked for his reaction, Sean paused before saying “It’s tough, definitely eight points is tough to take. We didn’t control it as much as we hoped, we missed opportunities, a couple of scores would have settled us down because we had new lads in there, four or five debutantes.

“If we had to get scores to settle us, we had two goal chances either side of halftime that could have given us a little more confidence. We’ll obviously take the positives from it.”

Those positives from the game were quickly outlined - “The debutantes were as good as anyone out there and they really pushed it on. From the past, Leitrim teams tend to die down but everybody kept pushing it on.

“Nobody took a bad attitude, nobody felt sorry for themselves, it was just work hard and keep going to the very end. Galway, fair play to them, they were a good strong, physical side, they took their scores when they needed to and they knew how to control the game.

“They slowed it up when we were coming out of defence, they fouled, they did the things experienced teams needed to and we’ll learn from that.”

Even the concession of a goal saw evidence of Leitrim’s new positivity shine through - “We had three points in a row so there are positives but definitely, it is a sucker punch when teams hit you like that. We’ll learn from that, we had some stats there that we had as many opportunities to score pretty much as they had, which is obviously a positive.

“But we have to be a little bit more clinical, a little bit more experience would obviously help us. We have to be able to get to the stage where we are finishing them. The lads really put in a massive effort all year, it was a great save by the keeper, same with Donie, just six inches. That is a highly rated Galway team, we were within touching distance for a lot of the game.”

When asked about his two points, Sean deflected any praise towards manager Shane Ward and the impact he has had on the team - “It was set-up for me on a few occasions. Shane has us well drilled, we knew exactly what to expect. The times they got their scores, it was things that we did wrong rather than them really tearing us apart.

“We set up ample opportunities time and time again from what we worked on, Shane has us in prime condition, on top of our game and hopefully going forward into the qualifiers.”