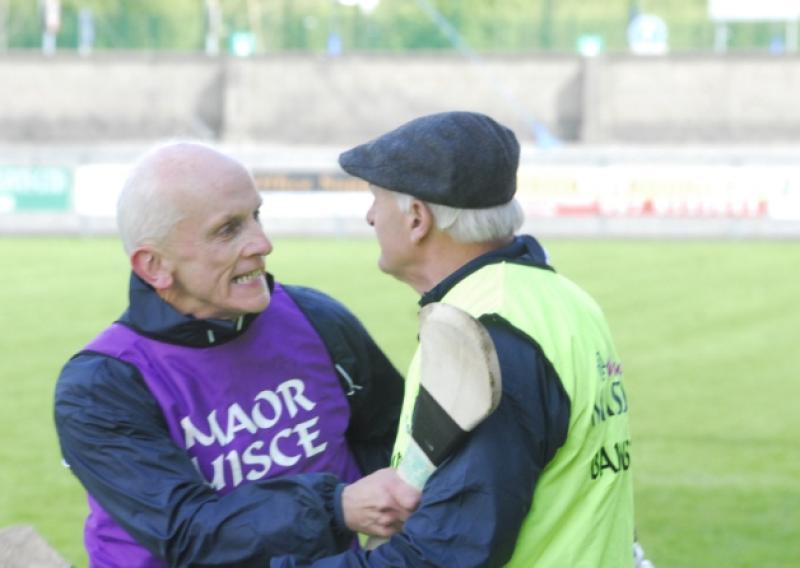 After seeing his side record back to back wins in the Lory Meagher Cup Leitrim manager Martin Cunniffe felt his side were worthy of their victory.

After seeing his side record back to back wins in the Lory Meagher Cup Leitrim manager Martin Cunniffe felt his side were worthy of their victory.

“We deserved to win, it went tight in the end but in fairness we were the better team and were unlucky with a few goal chances,” declared Martin after Saturday’s game in Ballinamore.

Martin was pleased with his side’s first half display and was particularly pleased to see the ball find the Lancashire net early in the second half.

“I was happy with the comfort at half-time to be seven points up. The goal was a major help because it kept us in the game and kept the scoreboard ticking over.”

Leitrim’s final group game in the competition comes next weekend and Martin is confident with regards Leitrim’s prospects.

“The group is wide open. We have to win up there in Fermanagh next weekend. We must win and I’d say if we win we will be ok.”

Lancashire manager Stan Murray-Hession was left to rue his side’s first half performance saying, “We didn’t hurl in the first half and you won’t win a championship match at inter-county level if you don’t hurl for 70 minutes, it’s as simple as that and Leitrim were full value for their win.

“The conditions were very hard in the first half, especially when it started to rain. Getting primary possession was difficult and they made it more difficult than we did and they have a good free taker.”

Stan acknowledged the Leitrim goal was a blow commenting, “It was but then we went back up the field and scored two points but it was just coming at a time when we were beginning to get a bit of momentum. We were starting to come into the ascendancy, they were just keeping the scoreboard ticking over and we didn’t do that in the first half.”

Lancashire finished strongly with Stan suggesting if their goal had arrived earlier the result could have been different.

“If the goal comes five minutes earlier I think we would have gone on and won it because I think they were out on their feet at the time.”

With regard his team’s prospects in the competition Stan was frank with his assessment.

“I’d say we’re done now at this stage. Our goose is cooked I’m afraid, we need some strange results to go our way.”