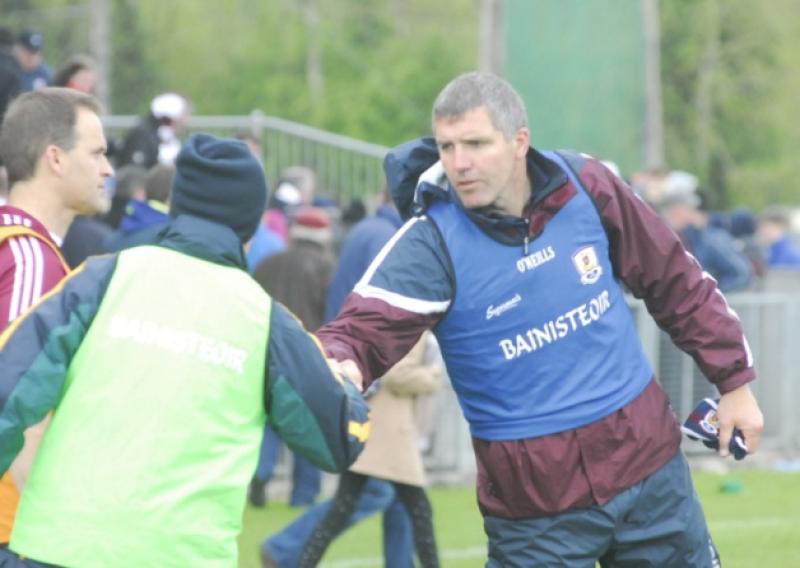 Not one to look for excuses, Leitrim manager Shane Ward nevertheless pointed to the failure to make the most of the chances Leitrim created.

Not one to look for excuses, Leitrim manager Shane Ward nevertheless pointed to the failure to make the most of the chances Leitrim created.

In the aftermath of a draining encounter, Shane felt that his team needed to take every chance that came their way to boost a young Leitrim team for a difficult championship encounter - “Battling performance, just I suppose an air of disappointment and an air of another championship game under the belt and big experience got for a lot of the championship debutantes today.

“Disappointed with our conversion rate in the first half, I thought we created a lot of chances and just didn’t convert them and in championship football, if you don’t convert them, you’re going to struggle.

“We worked hard on that in training and when you don’t convert the chances, there is a mental drain because you’re hoping those chances will go over and you’re on a high but when that doesn’t happen, the questions are asked and you have to have the answer and that is the key to an experienced footballer.

And Shane felt the only goal of the game was a massive turning point as Galway created a goal out of what he felt was a defensive error on Leitrim’s part - “I thought we defended really, really well but I thought that one chance was a hit and hope ball from the middle of the park.

“It just caught our defence flat-footed in that we stepped off the ball rather than stepped on and in fairness to Comer, he just got it and tucked it away. It was one of those chances had it been in normal game time, your full-back would have claimed it and away you went.

“But it just didn’t happen and it was a big turning point. We had three scorable goal chances and we didn’t take them, they had one and they converted it and that’s the difference. If you get them, you’re on a high, if you don’t convert them, there are questions asked and a lot of young players struggle with that scenario.”

Shane also highlighted the impact of subs Jonathan Connolly and Paddy McGowan - “Jonathan and Paddy, big impacts, a bit of pace on the ball and a lot of energy. That is what we’re trying to build, a squad of men who can enter the game at any time.”

Referring to the missed Leitrim goal chances, Galway’s Kevin Walsh said “It was very hard to see from my side but I think one hit the post and one hit the bar. It was a bit sloppy at the start, a little bit like New York at the start but we were quite happy to get in at half-time with a nice lead and the elements at our backs.”

Kevin Walsh is looking for an improved display from his Galway charges ahead of a semi-final meeting with Mayo - “It will probably help to make more scoring chances and scoring when we have them and not be putting them wide.

“There was a lot of bad handling out there, a lot of bad misses, could be a bit more direct but you have that in these kind of fixtures. We just wanted to come up here and get the job done and head into the Mayo game.”

Walsh had plenty of praise for Leitrim even if he felt it was a comfortable win - “I was part of panels coming here over and it was a tough place to get out of. There is a big energy to that Leitrim side, they made things difficult for us. Their backs played really, really tight. They let us have a lot of the ball but that is their prerogative, how they play. It is pleasing, we wanted to get out of here and it was comfortable enough towards the end.”