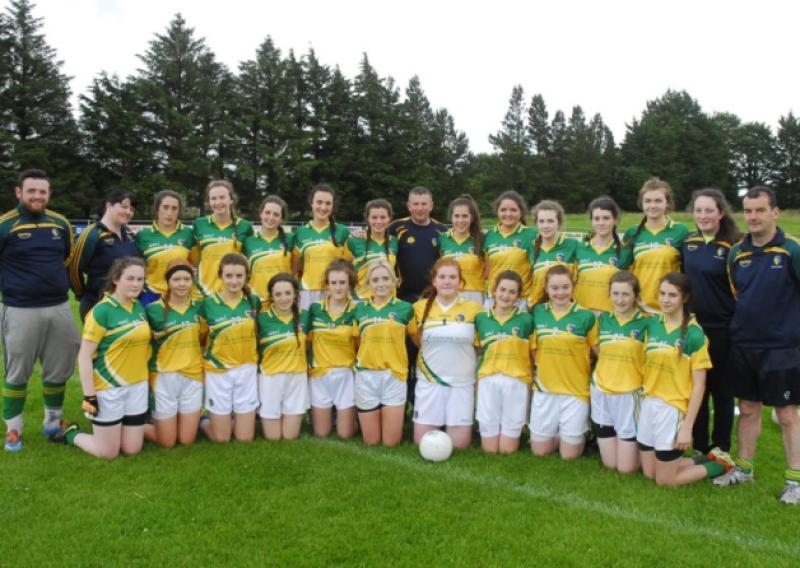 An Aine Flood penalty with virtually the last kick of the game saw Leitrim into the All-Ireland U16 C Final after victory over a strong Armagh.

An Aine Flood penalty with virtually the last kick of the game saw Leitrim into the All-Ireland U16 C Final after victory over a strong Armagh.

Leitrim will face Wexford in the final next Wednesday, July 29, with the venue yet to be fixed after the Leinster team overcame Clare by 4-11 to 2-3.

Leitrim played some of their best football of the year to beat a very strong Armagh side in Mullahoran. Leitrim were the underdogs against this very experienced Armagh side that included four of the Armagh minor team including Northern Ireland soccer international Blaithin Mackin.

Armagh got off to a great start, with a powerful run and impressive finish from Mackin to put them one goal up in the first minute. Leitrim settled in and went on an impressive run themselves, the defence and midfield worked tirelessly, competing for every ball and supplying the forward lines.

For the rest of the first half, Armagh only added four further points and Leitrim hit back with two goals from Aine Flood (one of which was a penalty) and one from Niamh McInerney together with five points, made it 3-5 to 1-5 to Leitrim at half time.

Even with what looked like a convincing lead at this stage, no-one was under any illusion about what was to come. The Leitrim girls went toe to toe with Armagh in the second half, Mairead Flood and Eimhin Quinn marshalling the defence and breaking up attacks time and time again.

Armagh came in waves throughout a pulsating second half and although Leitrim were restricting them to long range efforts, Armagh eventually broke through and got into a scoring rhythm.

Emma McGovern added a goal for Leitrim but the Ulster girls scored 2-6 in the second half to edge into the lead with just two minutes left in the half.

A goal chance was carved out by the impressive Aine Flood, playing a real captain’s role but her effort this time went narrowly wide.

Leitrim kept battling away and when a ball was played into Emer Clancy, the Leitrim forward burst through two tackles and sent the ball into the full forward line, the ball eventually making its way to Aine Flood.

The St. Francis player made space for a final shot on goal but the packed defence stood firm, not once, but twice and Flood had to check her run. This coolness under pressure was rewarded when she eventually found the required space to take her shot, the ball was dropping onto that trusty left foot when she was floored by the Armagh defence.

The referee duly awarded the penalty and after what seemed like ages, as Armagh put their star player Mackin in goals for the penalty, Aine dusted herself down and blasted the ball accurately and with power to the keeper’s right.

Seconds later, the final whistle went and the Leitrim support celebrated in style with the elated squad members. Best for Leitrim were the Mairead Flood, Aine Flood and Ciara Reynolds. Best for Armagh were Blaithin Mackin and Caella Casey.