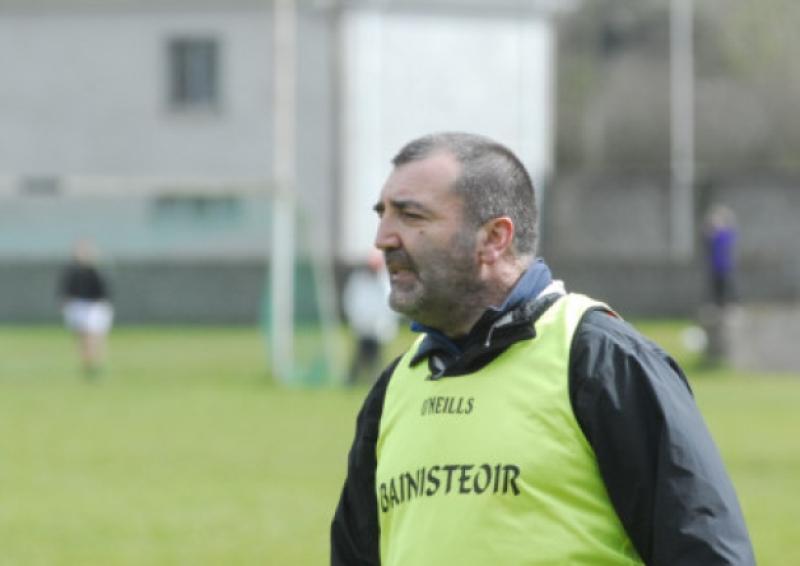 The pain of suffering defeat moments after scoring a goal that looked to have secured a draw was etched on the faces of the Leitrim players at the end of last Sunday’s play-off in Clara but Leitrim manager Gerry Ballantine was quick to acknowledge the better team had emerged victorious.

The pain of suffering defeat moments after scoring a goal that looked to have secured a draw was etched on the faces of the Leitrim players at the end of last Sunday’s play-off in Clara but Leitrim manager Gerry Ballantine was quick to acknowledge the better team had emerged victorious.

While only too well aware there was aspects of his sides performance that could have been better, Gerry was gracious in defeat saying, “We have to credit Tipperary, they had it won and they had to kick again to win it. In fairness we fought hard but I have no quibbles with the result, on the day I think the better team won.”

Playing with the advantage of a very strong wind in the opening half it was clear Leitrim would need to build a significant lead before the break and Gerry conceded leading by just two points at the break meant it was always going to be difficult for Leitrim to emerge victorious.

“We needed a bigger lead and that was the disappointing thing. We kicked some bad wides in the first half, we had a lot of possession but we didn’t work enough opportunities when we had it. I thought we probably worked better against the breeze in the second half in the fact that we were forced to carry the ball and the breeze held it up when we were trying to get it to our inside forwards.

Although the odds were stacked against them in the second half Gerry paid tribute to the perseverance shown by the Leitrim players commenting, “We didn’t die, we kept fighting until the bitter end but I felt we had too much to do in the game, we had to chase it for too long a period, it was tough. We perhaps didn’t get enough scores in the first half to give ourselves a cushion so therefore it was always going to be a battle with that breeze out there.”

Failure to reach the semi-finals means the league campaign which began so positively with four successive wins has now come to an end. With attention quickly turning to the Connacht Championship, Gerry was able to reflect positively on the league campaign as he noted, “There are some players that have played their first league games for Leitrim and we’re trying to bed them in and get a settled team.”

Focusing on the Connacht Championship which gets underway next month Gerry revealed Leitrim will be without the services of Aine Tighe who was again to the fore last Sunday as she finished the game with a personal tally of 3-3.

“We’re going to lose Aine for a lot of the summer, she’s travelling to America and she’s going to be a massive loss. Really for the Championship we have to unearth a style of play that will get us places without having someone like Aine and we are going to have to depend on other players coming to the fore and getting scores for us.”