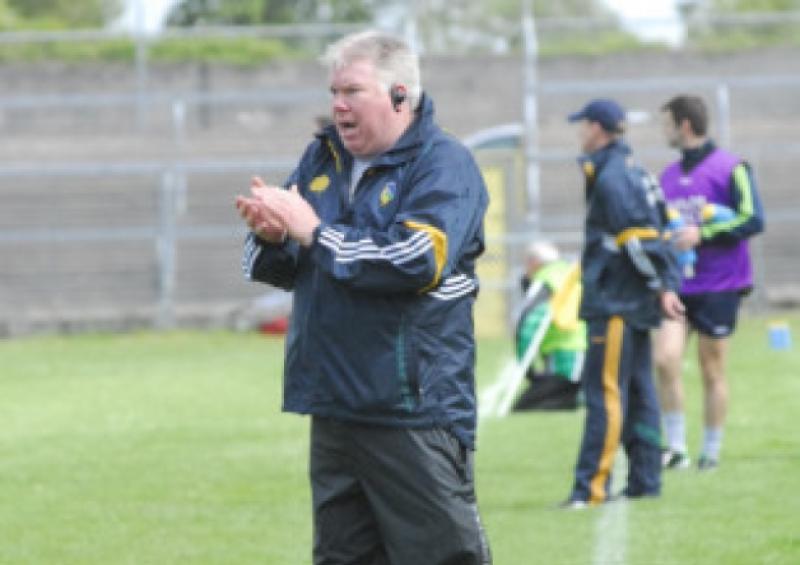 The pain of losing a Connacht semi-final and the manner of the first half performance were evidently hurting Leitrim joint manager Brian Breen when he spoke to the Leitrim Observer shortly after this afternoon’s defeat at the hands of London.

The pain of losing a Connacht semi-final and the manner of the first half performance were evidently hurting Leitrim joint manager Brian Breen when he spoke to the Leitrim Observer shortly after this afternoon’s defeat at the hands of London.

Having seen his side leave the pitch trailing by 14 points at half-time, whatever Brian and George Dugdale said to the players during the interval certainly did the trick as the second half will long in the memory of all who were in Dr Hyde Park this afternoon.

“It was a matter of calling for pride in the jersey,” said Brian when recalling the half-time team talk. “There were so many instances where you could single out where things went wrong but you’d be there for half an hour. There were so many things going wrong and it was impossible to deal with them.

If the first half was traumatic for Leitrim supporters, what followed in the second half was gripping as Leitrim brought the game to the exiles and came agonisingly close to clinching a place in the Connacht final.

“We tried to get a grip of it and we did. In fairness we talked about the good start, we had to be tagging on points from the word go. If we were eight or nine points down at half time instead of 14 we would have won the game easily,” said Brian.

Leitrim were dealt a cruel blow with injuries to Emlyn Mulligan, Darren Sweeney and Ciaran Egan but Brian was certainly not looking to make excuses for the first half display.

“Our performance in our defence was absolutely terrible, we were all over the shop,” he said frankly. “It is very hard to pinpoint any particular thing that was going wrong, it was just a collective and that was it, the story of the game.”

While understandably frustrated with aspects of the game, Brian was quick to pay tribute to his panel of players saying, “They’re a great bunch of lads in there. The dressing room is like a morgue at the moment but we will pick ourselves up and dust ourselves off and have a rattle at it, I have no doubt about that.

“We’ll probably take it easy for a good bit of the week but it’s back to business with the qualifier draw in the morning. We’re looking forward to another match but having said that I’d rather be preparing for a Connacht final.”