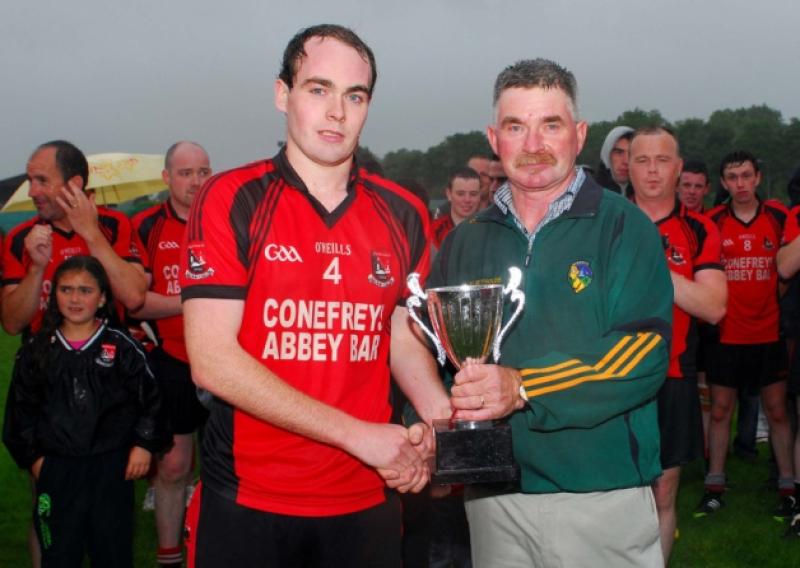 Friday’s Gallogly Catering Division Four Final took quite a while to burst into life but once it did, it was compelling football as Aughawillan twice seemed poised for certain victory only for Fenagh St. Caillin’s to snatch it away from them.

Aughawillan, dominating the contest, were four points clear 12 minutes into the second half but missed some gilt edged chances that would have killed off the contest. Fenagh, seemingly out of the game, emptied their bench and brought on some players with a lot of miles on the clock.

It wasn’t that Bobby O’Rourke, Niall Flynn, Patrick Guckian or Johnny McGovern did anything spectacular in particular but it was the change in mindset they brought as Fenagh suddenly started to drive forward, Ray Greenan popping up from full-back to score a monster point that levelled the scores with time almost up.

But as they have always done over the years, Aughawillan responded straight away and a peach of a point from veteran Peter Prior looked to have snatched victory before Fenagh’s Dara Barden blasted a blistering shot two minutes into added time to the roof of the Aughawillan net to spark off wild celebrations in the stands.

Fenagh opened as dramatically as they finished - after a Ryan Creamer point, Martin Doonan blasted the ball to the net after a high ball was knocked down to him on four minutes. Dara Barden and Stephen Gilheaney swapped frees but Aughawillan started to control the game with further points from Gilheaney, Aidan Dolan (2) and Peter Prior (2).

Martin Dolan managed one point in reply as Aughawillan keeper Colin Maguire made a great save from Fergal Ellis, leaving Aughawillan 0-7 to 1-2 in front at the break. An early Ciaran Crinnigan point narrowed the gap but points from sub Richard Flynn, Prior and Gilheaney put Aughawillan four clear.

But then Fenagh started to slowly claw their way back into the game and three Barden points over 11 minutes suddenly had the gap back at one before Ray Greenan surged upfield to hit a monster point over the bar in the last seconds of normal time.

But true to their DNA, Aughawillan hit back with Peter Prior curling a peach over the bar to seemingly kill Fenagh’s challenge. But there was one final twist - Aughawillan lost the ball in attack and two quick passes later and Dara Barden launched a screamer to the back of the net to spark off wild celebrations.