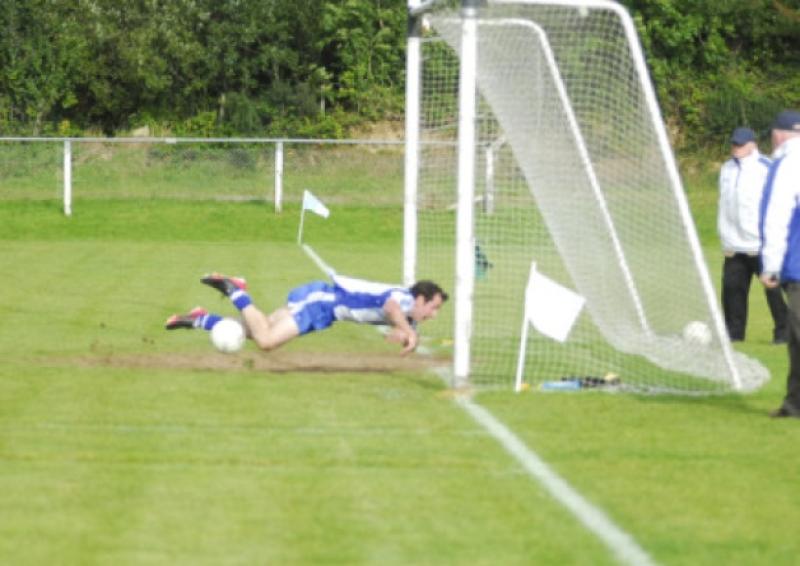 You’ve got to take your chances and champions Melvin Gaels did not as St. Mary’s produced a powerful finish to claim victory last Saturday.

You’ve got to take your chances and champions Melvin Gaels did not as St. Mary’s produced a powerful finish to claim victory last Saturday.

The Connacht Gold Senior Championship replay did not live up to the hype of the drawn game in a stop start contest marred by frequent stops and heavy collisions in a low scoring encounter.

Melvin Gaels had four glorious goal chances but their failure to take even one of them meant they were unable to hold off the powerful finish of a St. Mary’s side who timed their effort to perfection, scoring seven unanswered points and three in the last five minutes of action to take the win.

The missed chances weren’t all down to complete bad luck - one hit the post while James Glancy made two crucial interventions, once diving towards his own goal line to scoop the ball back and away from crossing the line just as the Melvin Gaels cheers were rising.

Probably most critical was Stephen McGurran driving the ball wide with less than nine minutes of normal time remaining as two unmarked Gaels bore down on the Mary’s goal. A goal then would have halted St. Mary’s fight-back in its tracks and the Kinlough men would be playing next Saturday.

The game never reached the heights of the drawn game with far too many stops and tactical wasting of time to halt momentum and with a lot of niggling off the ball, there were plenty of stoppages.

James Glancy, apart from his two goal-line saves, was a crucial figure for a reorganised St. Mary’s backline as was Conor Farrell but it seemed to take the introduction of Jimmy Guckian to really inspire the Carrick men to their best football in the closing 20 minutes.

Guckian’s physical power saw him break tackles and inspire a dormant Conor McWeeney into some great catches while the forward unit, which had never got going in the first half, suddenly found the room as Melvin Gaels appeared to run out of steam in the closing minutes.

Melvin Gaels had done well in the first half with Jonathan Connolly finding acres of space but they missed the finishing prowess of Emlyn Mulligan very badly when the pressure was on.

St. Mary’s know they will need a big improvement if they are to adance but they have the luxury of having another chance to do just that.