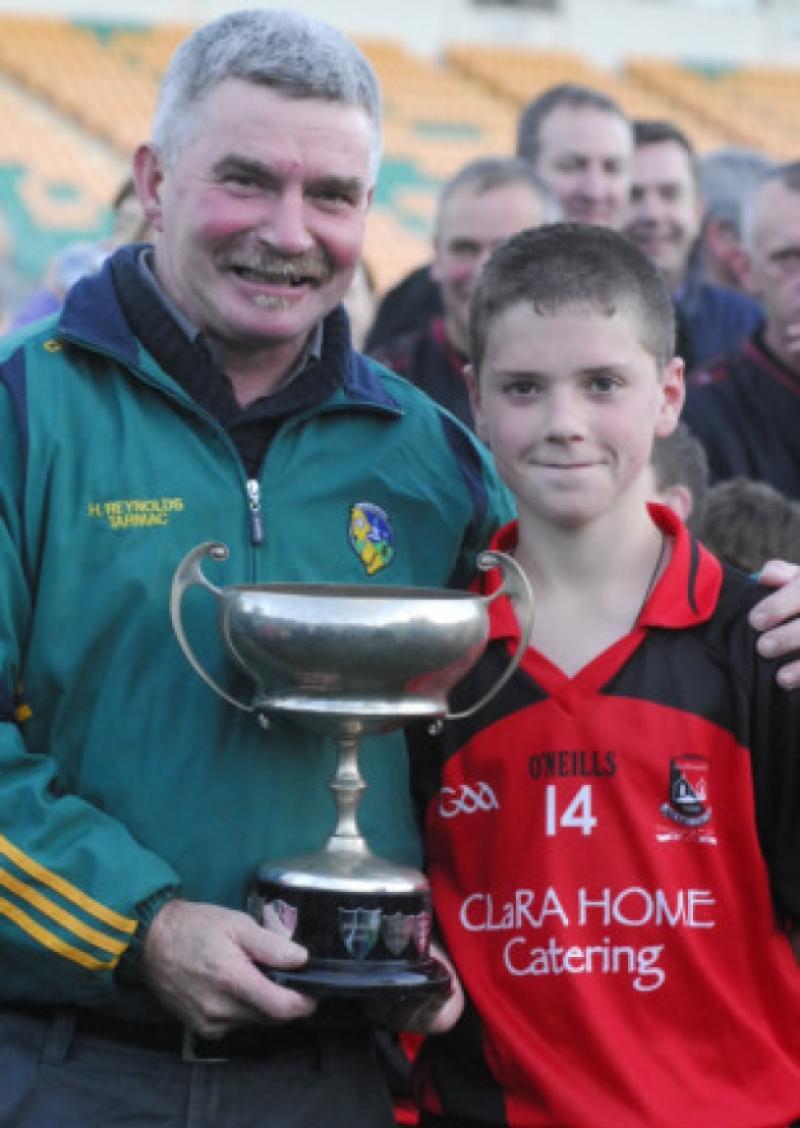 The U-14 competition has seen these two teams completely dominate this year with extra-time needed to see Mohill win the League Final and this game went all the way to the final whistle with Mohill missing a succession of chances to at least draw the game.

At halftime, you’d have got very long odds on Fenagh winning as a dominant Mohill led by 2-7 to 0-6 and looked in control all over the field with the Harkin and Reynolds brothers, Sean Harkin, Tadhg Mulligan and Jamie McCaffrey all putting in stellar performances.

And they started the second half off in the same fashion but crucially didn’t build on their lead so when Robert Maguire drilled home a great shot shot on 11 minutes, the complexion of the game changed completely.

Luke Kilkenny, who was incredibly often over-looked by team-mates when completely unmarked as Mohill double-teamed Riordan O’Rourke, produced a great finish two minutes later to fire home a second Fenagh goal, the teams were level and the scene set for a titantic struggle.

Both teams seemed to buckle under the pressure but in a frantic final quarter, points from Nathan O’Rourke and Mark Keegan saw St. Caillin’s across the line as Mohill hit the crossbar and missed some relatively simple frees.

Jack Gilheaney and Nathan O’Rourke were the driving forces of the victory, Gilheaney in particular coming up big when needed in the second half with a series of fine catches and driving runs, while there was great support from Riordan O’Rourke, Mark Keegan, Tom Gilheaney, Conor Dwyer and Oisin McLoughlin.

Mohill got off to a great start when Jamie McCaffrey goaled after just two minutes after a shot came off a defender. Fenagh tried to hit back with points from Riordan O’Rourke (2) and Nathan O’Rourke but Mohill seemed in control with scores from Evan Harkin and Ryan Shanley.

That feeling was confirmed when Shanley’s long range shot dipped under the Fenagh crossbar and despite further points from O’Rourke & Gilheaney, Mohill led 2-7 to 0-6 at the break after points from Jonathan Reynolds, Dylan Gaffey, Evan Harkin and Jamie McCaffrey (2).

The second half was a very different story - an early Riordan O’Rourke point was followed by a two goal blast for Fenagh - Robert Maguire produced a great finish despite Niall Lennon getting his hand to the ball and Luke Kilkenny showed great coolness as he gathered the ball and drilled it to the net after Nathan O’Rourke’s shot was saved.

Nathan O’Rourke put Fenagh in front on 16 minutes, Jamie McCaffrey saw a shot hit the crossbar before Dylan Gaffey levelled with seven minutes to go. However, the final score came when Mark Keegan finished off a great move with a fine point five minutes from time,