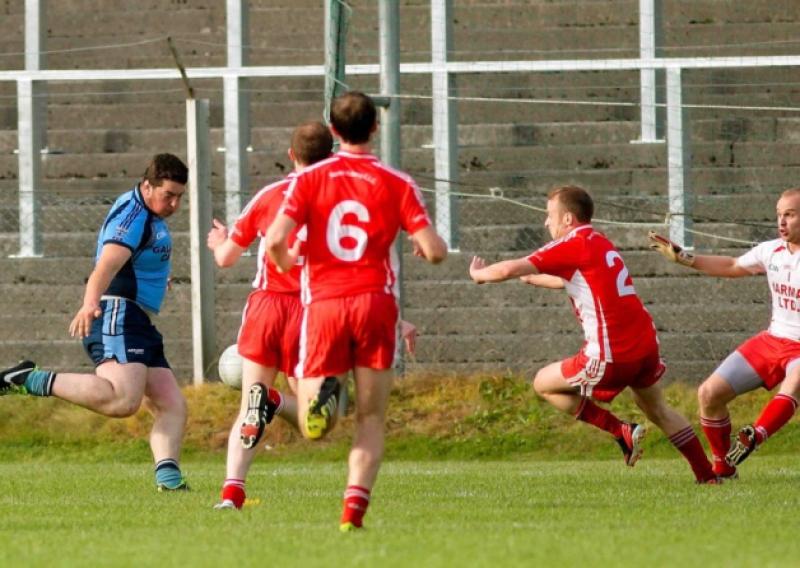 Having for many years been floating between the junior and intermediate ranks, Eslin are now just 60 minutes from senior championship football.

Having for many years been floating between the junior and intermediate ranks, Eslin are now just 60 minutes from senior championship football.

While the win over Dromahair in last Saturday’s GWP Intermediate Championship semi-final was unexpected, it was certainly not undeserved.

The threat of Conor and Tomas Beirne was well known prior to Saturday’s game but this game was a collective effort with Paul Kilcrann, Brian Higgins, Padraic McNulty, Shane Beirne, Eamon Stenson and Niall Beirne all to the fore.

The games was just six minutes old when Tomas Beirne, John O’Flynn, Emmet Higgins and Joseph Stenson combined and when the ball fell to Shane Beirne he dispatched his shot calmly past Kieran Meehan.

Struggling to make an impact on the game Dromahair fell further behind when Conor Beirne converted a free. It could have been worse for Dromahair when Brian Higgins’ attempt at goal went harmlessly wide when he had more time than he realised.

With Christy McGowan and Declan Fowley winning a lot of ball around the middle of the pitch, Dromahair were dealing with the threat of Tomas Beirne but the problem was that Conor Kelly was often isolated in the full forward line.

Eslin punished Dromahair for a numer of misses, extending their lead with points from Brian Higgins and a Conor Beirne free.

With just three minutes of the half remaining Dromahair registered their first score of the game when Cian Clinton converted a free from a difficult position.

A Conor Beirne pointed free extended the lead after the break before Dromahair replied with a Conor Kelly free.

The deficit was reduced to four when Conor Kelly converted his second free of the half and with 20 minutes remaining the game was still very much alive.

Conor Beirne and Conor Kelly both converted frees and as the half continued the action became even more frantic. Dromahair’s Stephen Smyth saw a shot saved while at the other end Kieran Meehan and Declan Fowley did enough to keep Niall Beirne’s effort out.

With time running out Conor Beirne converted a free and in the final minute Eslin booked their place in the final when Niall Beirne scored his side’s second goal.

Christy McGowan replied with a point but the year ends in disappointment for Dromahair while Eslin look forward to the intermediate championship final.