Time to assess where ambition lies 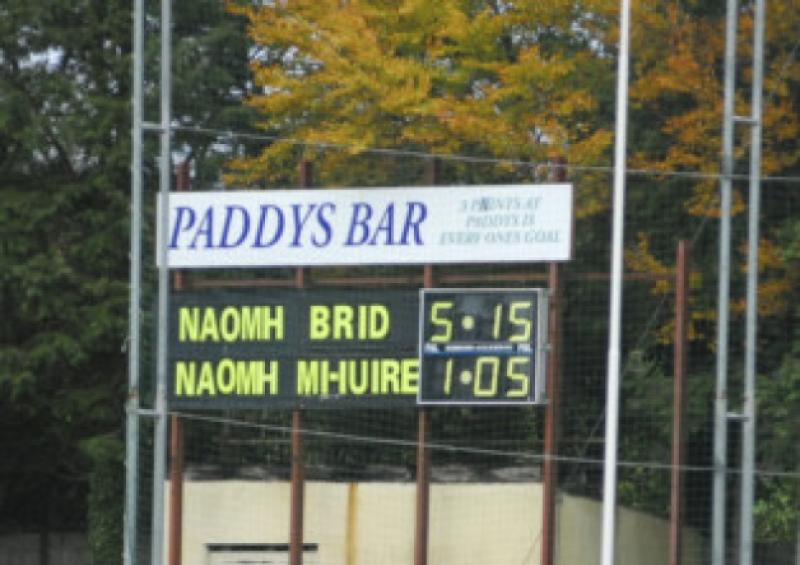 A tough day at the office for St. Mary’s on Sunday. I wasn’t at the game, it was the second anniversary of my father’s death at the weekend and we had a family gathering at home.

A tough day at the office for St. Mary’s on Sunday. I wasn’t at the game, it was the second anniversary of my father’s death at the weekend and we had a family gathering at home.

I would have liked to support our county representatives. St. Mary’s were worthy county champions and with home advantage I felt they could worry the reigning All Ireland champions in the first half before being wore down by their physical strength and power in the second half, as happened when Melvin Gaels played them in Kiltoom last year.

I hadn’t heard how the game had gone until I was driving back to Dublin on Sunday evening and I caught the RTE sport round-up. Everyone knew it was going to be tough but the final result was a shock nonetheless. St. Brigid’s simply over-ran the Leitrim champions on their home patch with a winning scoreline of 5-15 to 1-5.

Where does this place Leitrim club football? Not in a good place is the answer. Is there really such a chasm between club football in the two counties that the aggregate total score difference between the Leitrim and Roscommon Intermediate and Senior Football champions equals 64 points to 16.

In both games you can claim you aren’t comparing like with like, but that only plasters over the divide.

Eslin didn’t even win the Intermediate championship, they progressed as losers due to the fact the champions, Manorhamilton, had another adult team competing in a higher competition.

Apparently Eslin didn’t want to play in Connacht and an acceptable excuse in some circles for their crushing defeat has been that they hadn’t trained since their county final defeat.

If this registers as an acceptable excuse these days, then we might as well stop training altogether. Sure then you can lose every match and not have to worry.

Just say you never stood a chance in the first place – you weren’t training! It’s that simple.

Don’t get me wrong, I’m not singling out Eslin here. They are a tiny club and did well to reach the county final. I understand how hard it is to keep lads motivated at the latter end of a season.

However, once they were awarded the honour of representing their county at provincial level then they should have done everything in their power to ensure they were as well prepared as was possible. Then, whatever the result, they could say they did their best. That’s all anyone can ask for.

In the senior competition St. Mary’s were up against the All Ireland champions. Knowing those involved with the team and management I have no doubt they were training for the game, and training hard.

However, St. Brigid’s were just starting to really motor in the lead up to the game. They escaped a couple of close calls in their county quarter and semi-finals (winning both games by a single point) before winning the final and their first round in Connacht easily.

In order to be in perfect mentally and physically condition in club competition at this time of the year you have to have been planning for it from the start of the season – not from the week after you celebrated your county final win.

Where does the ambition in Leitrim football lie? What do we want to achieve as a county? Are we just happy enough playing our own county competition without regard for the provincial or, some day please God, the All Ireland series?

The good news for Sean Hagan is that county football can operate on a different plane to club football despite the fact that the same players are involved.

The key is finding those within the club set-up that possess the ambition to rise above the ordinary and become the best they can be; those who are willing to sacrifice all other elements of their life to achieve that goal.

Once brought together and provided with the right direction and preparation by an equally ambitious and competent management team, this collective group can achieve great things.

As for club football, any club in Leitrim that wants it bad enough can win our county title. If that’s all they want to do, that’s all they’ll ever do.