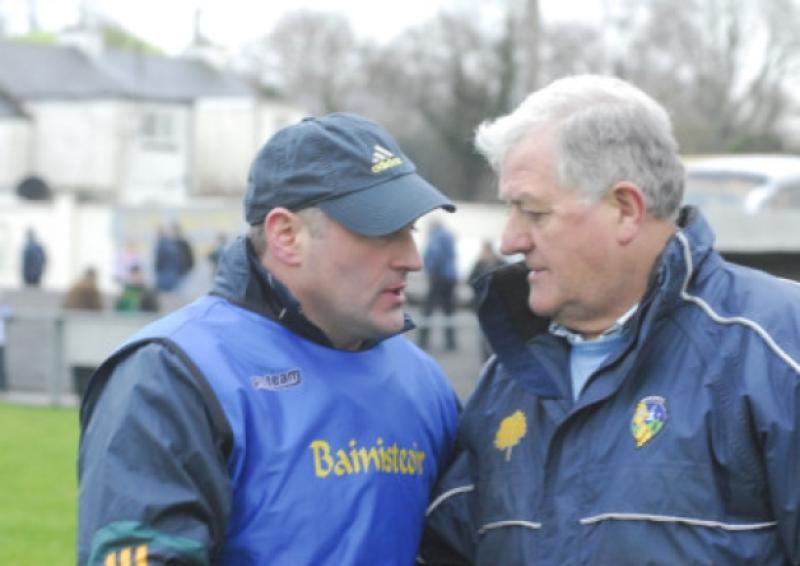 If there is one message coming from the Leitrim camp, it is that the Allianz League and nothing else is their main aim for the year.

If there is one message coming from the Leitrim camp, it is that the Allianz League and nothing else is their main aim for the year.

Just minutes after securing a place in next Sunday’s Final, Sean Hagan was looking to the Allianz League on February 2, rather than the meeting with Roscommon - “The whole aim today was to get a competitive game next week and we achieved that goal.”

Indeed, the Leitrim manager came out with the startling news that the Green & Gold may not necessarily field its strongest team against the Rossies - “Well, we may be putting out a different team next Sunday to what we will the following Sunday against Antrim. The whole thing is geared towards the National League, to get our best team starting against Antrim.”

Despite the exciting nature of Leitrim’s fightback against Sligo, Sean is worried about slow starts - “We have lots of character in this team and it is just unfortunate that we started very slow, it is kind of a trend now that we have to rectify on the training field.

“We started slow again today and it was halftime before we upped the pace and we saw in the second half that we played terrific football.”

However, Sean admits that there are benefits to Leitrim’s run to the FBD Final for the second year in a row - “The lads realise there is intense competition for places, not even on the starting team but in the squad so there is a great environment on the training field.

“That is the purpose of the FBD League to see can lads step up from club football to inter-county football that is being played at a different pace and whether the lads have the temperament or not. The more good guys I have available for selection is a nice headache to have.”

The Longford man has a reluctance to single out any player for praise but agreed that Fergal Clancy has made a big impact - “Fergal has proved over the last two days that he is able to take the step up. Your better players are standing up all the time, Emlyn has had a terrific season so far and all those other guys you mentioned played a big part but I suppose the most pleasing aspect of it is we are improving.

“The first half, we didn’t show enough composure in possession and we gave the ball away very cheap. You could see that improving in the second half, we were more economical with the way we used the ball.”