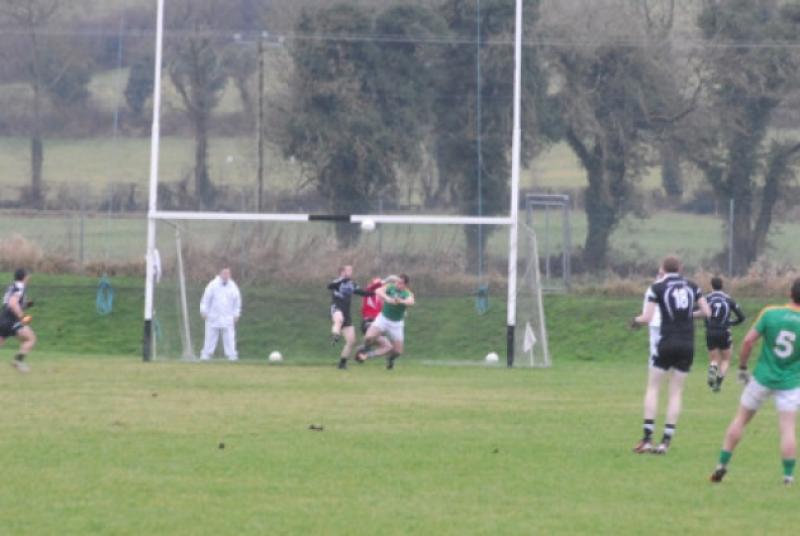 Highly unlikely looking at halftime, Leitrim delivered a fantastic second half display to book their place in the FBD Connacht League Final for the second year in a row.

Highly unlikely looking at halftime, Leitrim delivered a fantastic second half display to book their place in the FBD Connacht League Final for the second year in a row.

It is hard to credit that Leitrim only drew this game as it really felt like a win when the final whistle sounded such was the sense of joy and excitement in Pairc Sheain Ui Eslin in Ballinamore, the draw enough to send Leitrim to the Final next Sunday.

Trailing by six points at the break to a dominant Sligo, Sean Hagan’s team gradually and effectively strangled the life out of the Yeatsmen to claim a deserved draw and a place in the FBD League Final against Roscommon in Pairc Sean Mac Diarmada.

That Roscommon are the opponents after they shocked provincial champions and All-Ireland Finalists Mayo last Sunday adds to the intrigue for next Sunday’s match-up, a game that is sure to attract a huge crowd to Carrick-on-Shannon.

Winning the FBD League Final may not be high on any list of priorities for Sean Hagan or John Evans but you can be sure that the chance to lay down a marker for the championship, no matter how much either might talk about other targets as their main aim, is something both side will be eager to take.

Yet you’d have got very long odds on Leitrim being in that final at halftime in Ballinamore last Sunday as the visitors were good value for their two goal lead.

Leitrim upped their work-rate in the second half but never looked like generating the momentim they needed until Tomas Beirne got a goal out of the blue midway through the second half.

Sligo may have contributed to their own downfall as they changed the way they attacked in the second half, playing a short passing game across the field that invited a ferocious Leitrim defence onto them and forced turnovers.

In the first half, Leitrim struggled against Sligo’s fast moving and first time attack and they probably should have been further out of sight at the halftime break.

But they weren’t and Leitrim’s fantastic spirit and astounding fitness for this time of the year saw them dominate the second half to such an extent that you were almost disappointed with a draw at the final whistle.

Sligo dominated the first quarter with five points from Adrian Marren (3), Charlie Harrison and Cathal Brennan with an Emlyn Mulligan free in response.

Leitrim should have had a goal on 13 minutes but Sligo keeper Aidan Devaney made two point blank saves to first deny Gerry Hickey and Ray Cox certain goals.

Wayne McKeon was drafted into emergency action on 14 minutes but Leitrim enjoyed a good spell with Fergal Clancy scoring a fine point.

Marren drove the spot-kick to the net to leave Sligo 2-7 to 0-7 ahead at the break.

Sub Darren Sweeney drove a long range shot over the bar just two minutes into the half to set the tone was soon set for the second half.

Sligo’s chances took a blow when they lost Pat Hughes to a black card as Mulligan added two more frees but Sligo didn’t look in trouble until Leitrim struck for their goal on 46 minutes - Wayne McKeon’s booming shot dropped short and despite great pressure, Tomas Beirne managed to get flick the ball to the net.

Sligo suddenly upped the pace with Conor Griffin scoring a fine point but Mulligan responded from a free.

Leitrim took the lead for the first time with less than four minutes left when Ray Cox got reward for another hard working display by scoring smartly on the turn. Sligo hit back with a huge point from sub Cathal Burns.

Leitrim did lose Damien Moran to a black card, just seconds after James Glancy somehow avoided a black card for clear pull down.

Mulligan dropped a free short and Sligo hit a poor wide in the final action as neither team really came close to grabbing the winning score.