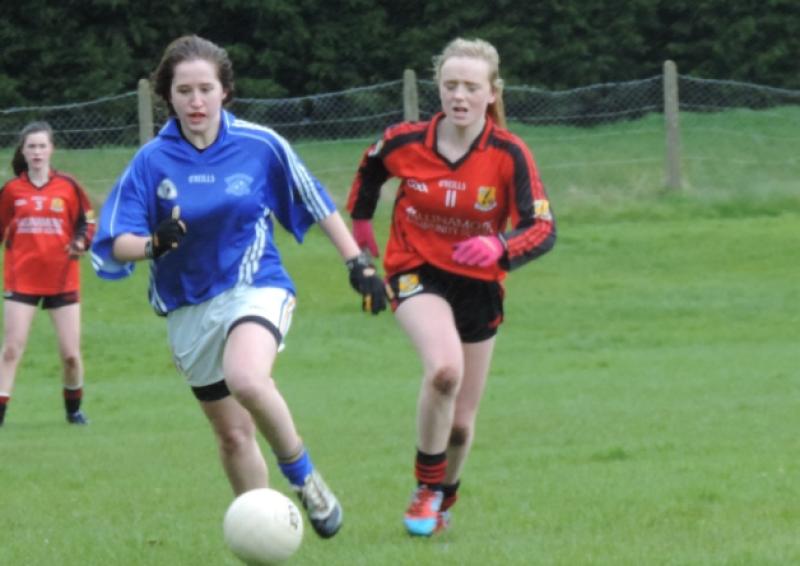 Ballinamore Community School turned on the style last Thursday to storm into the Tesco Homegrown Ladies Post Primary Schools Junior A Final with a demolition of Loreto Clonmel.

Ballinamore Community School turned on the style last Thursday to storm into the Tesco Homegrown Ladies Post Primary Schools Junior A Final with a demolition of Loreto Clonmel.

Both teams had recorded good victories in their respective provincial finals but the Tipperary school were no match for the Leitrim team in the semi-final in Ballycumbar, Offaly.

Ballinamore now play Eureka SS, Kells in the All Ireland Junior B final, which must be played by April 12, with some indications that the game may be on Thursday, April 10.

But with Eilis O’Dowd & Roisin McHugh dominating midfield, Aileen Maguire opened Ballinamore’s account with a fine point and this was closely followed by a goal from Carla Le Guen. Points by Maguire, Le Guen and Emma McGovern saw Ballinamore take a two point lead before they were hit with a sucker punch of a Clonmel goal.

Ballinamore finished the half strongly with another Le Guen goal leaving them 2-4 to 2-2 ahead at the break.

A foul on Shauna Plunkett resulted in a successful Maguire penalty, giving them a nine point lead before Ballinamore went on a scoring spree with Aileen Maguire (1-1), Emma McGovern (0-1) Shauna Plunkett (0-1) and Carla Le Guen(1-2) all on target with just two points in response from Clonmel, saw Ballinamore through with a staggering 22 points to spare.

The score line belied how tight the game was and it was only really the last 10 minutes that Ballinamore had the game in the bag and it just wasn’t Clonmel’s day. Ballinamore were very solid throughout the team.