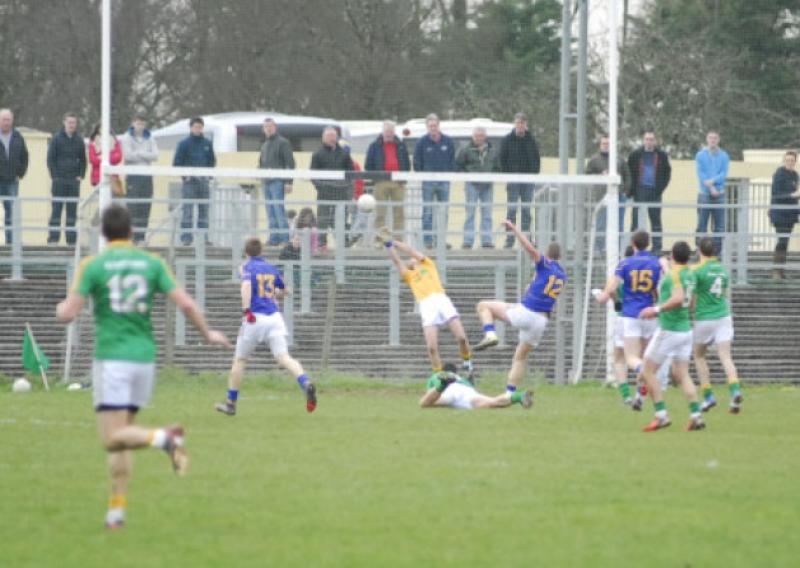 It is almost unbelievable to state that a Leitrim team going for promotion can score 16 points and still be smashed by 15 but such was the power and pace of the Munster men that nobody who was in Pairc Sean Mac Diarmada last Sunday will quibble with the result.

Sean Hagan’s men can still snatch promotion next Sunday in Ruislip with a big win over London and an Antrim win over Clare but only if a 31 point scoring difference is wiped out and provided Wicklow do not beat Tipperary but the matter is very much out of their hands.

A Wicklow win and a point for Clare in Creggan against Antrim means that Leitrim could win by 31 points themselves and it would mean no difference.

Sean Hagan admitted afterwards that promotion hopes were realistically gone and it is hard to disagree with him as it is very much out of Leitrim hands.

And in fairness to the Leitrim manager, promotion was not lost on Sunday against Tipperary but rather two weeks earlier when Waterford torpeoded the Leitrim ship fatally down in Dungarvan, a result that took Leitrim’s destiny out of their own hands.

Tipperary set the tone for the encounter early, very early in fact as just 12 seconds had passed by the time the ball nestled in the back of the Leitrim net with an incisive passing movement that repeatedly tore gaping holes in the Leitrim defence all day.

Tipperary’s big men could move and move quickly and it negated the massed defensive system that has been so effective for Leitrim this year, the Munster men breaking through tackle and delivering quick, accurate ball into a forward line who tortured the Leitrim defence.

In all honesty, Tipperary could easily have had two or three more goals while Leitrim had just one real sniff of a goal late on with Emlyn Mulligan and a half-chance for Robbie Lowe.

Yet, the scoring display was one of Leitrim’s best in many years as a return of 16 points in a losing effort defies belief, many of the scoring in the first half of the highest quality as the Green & Gold briefly threatened an unlikely revival as a six point gap was cut to just three with five minutes left in the first half.

Leitrim played some fantastic football in that spell with scores from Wayne McKeon, Darren Sweeney, Aaron Hickey, Kevin Conlan and James Glancy of the highest quality.

But again Tippeary showed a killer instinct that Leitrim never came to terms with as they scored the last 1-1 of the half to truly put the game beyond Leitrim’s reach - again, it was a move that cut Leitrim open with ease but disappointingly, Leitrim had the ball but lost it before Philip Austin regained possession to fire it to the Leitrim net.

Heads did go down in the second half, naturally enough considering the dream of promotion was disappearing before Leitrim’s eyes but the fact that Tipperary outscored the Green & Gold by 1-5 to 0-2 over the last 12 minutes probably killed off whatever faint hopes that still existed that promotion might still be rescued next Sunday.

That 1-5 added a further six points to the scoring difference Leitrim must overcome, probably taking promotion out of Leitrim’s reach completely.

That was perhaps the most disappointing aspect of the day - getting beaten by a superior team is no shame and Tipperary were certainly that last Sunday but the way Tipperary outscored Leitrim 2-8 to 0-6 in the second half was very disappointing.

Unfortunately, possession was hard won as Tipperary’s monster pairing of Steven O’Brien and George Hannigan dominated midfield while all of their forwards contributed handsomely.

Conor Sweeney took the plaudits with 2-7 but Michael Quinlivan, who only landed one point, made so much happen from full-forward and further out the field when he went roaming.

Paul Brennan, Gary Reynolds and their defensive colleagues worked their socks off but with acres of space exploited by Tipperary, the defensive solidity that has served Leitrim so well earlier in the League was missing.

There may still be a faint hope of promotion but realistically, it is the championship and Roscommon that Leitrim must set their sights on now as Division 4 to be stay Leitrim’s home for 2015.