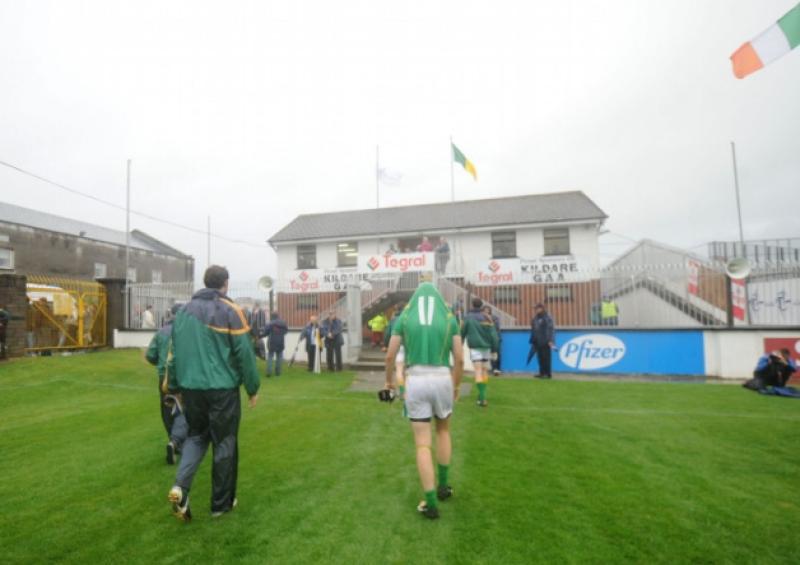 If you were sitting by the radio on Monday morning, fingers crossed, wishing for an easy draw for Leitrim then you were wasting your time.

If you were sitting by the radio on Monday morning, fingers crossed, wishing for an easy draw for Leitrim then you were wasting your time.

One of the three lessons that last year’s experience should have taught us it is that there is no such thing as an easy draw in Gaelic football anymore.

Alright, the draw could have been kinder than facing Down on their home turf, but if your mind is already focused on looking for easy options then you are already doomed to failure.

One of the bravest Leitrim performances I have seen in recent years was the first half of the qualifier game against Kildare in Newbridge in 2010. Many felt the result was a foregone conclusion.

At half-time many had changed that opinion.

Okay, the lads ran out of steam in the second half, but the heart they displayed in the opening 35 minutes brought a lump to my throat.

It was one of the most difficult preparations for a game you could imagine: the team had barely dealt with the tragic loss of Philly McGuiness when they faced Roscommon in the Hyde.

Unsurprisingly, that performance was disjointed – while Philly’s loss was beyond measurement off the field of play, on it you could clearly quantify what his absence meant.

It was a surreal experience for me personally as I watched from the sideline with my leg in a full length brace following surgery to reconstruct my knee.

Like the rest of my team mates I was coming to terms with the loss of a dear friend, while also trying to deal with the information that I might never play football again. When defeat finally came with the final whistle I felt absolutely nothing except a desire to get out of there fast.

A quick turn-around brought the lads to Newbridge to face a fancied Kildare team under the relatively new management of Kieran McGeeney. I decided I couldn’t watch the game from the dug-out – I was just too dislocated from the team at that stage as I couldn’t attend many training sessions (I couldn’t even drive at the time) and I felt I would have been out of place there.

I watched from the far terrace instead with some of the Melvin Gaels crew, crutches and all.

The heavens opened before throw-in and the lads opened their hearts and bared them to everyone in the crowd with a display that made me incredibly proud. Those players were still hurting inside, you can be sure of that. They felt the need to release some of the effort and ability that they knew they possessed.

They knew they possessed it because they had put so much time and energy into generating it over the previous eight months.

And as we all know, energy doesn’t die – it transforms. In this case it transformed into a more accurate expression of who that group of young men were than the Roscommon performance had reflected.

Ciarán Egan, for example, showed all the potential he had that day – how I would love to see him get the chance to repeat that performance in a Green and Gold jersey again.

My point here is that the opposition has no control over the performance Leitrim serve up on any given day – we are masters of our own actions.

We may not be masters over the final result, for we may come up against superior opposition, but no one living or dead can dictate the manner in which we will play, or can limit the skill, pride and effort we bring to any performance.

I’ve heard plenty of talk over the past few weeks about discontent in the camp, and there may well be justification for some of that.

But that is for the squad and the management to sort out – no one else. When external forces try to dictate how a squad and their mentors run their operation you are on a hiding to nothing.

That’s the second lesson to be learned from last year.

And if a squad and its management team are unable to resolve or root out the causes of disharmony, then not only will defeat follow, but the loss of faith will be waiting in the wings.

Here endeth the third lesson. And if there’s one thing Leitrim football needs now more than ever, it is faith.

So now is the time for character to be displayed and for the wagons to be circled; those outside the sacred unity of the squad or those incapable of contributing to it should be cut loose.

Those who remain standing shoulder to shoulder will be shouted on as proud Leitrim men. Keep the faith.