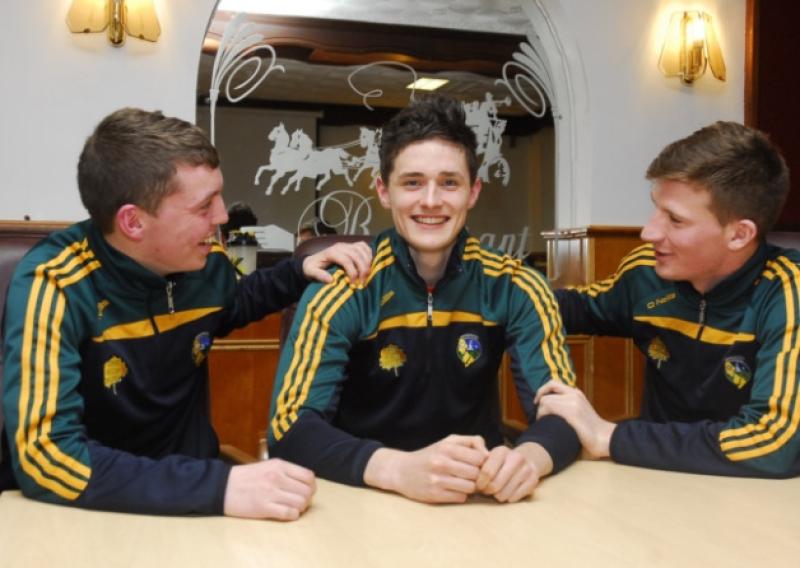 They may be from different parts of the the county but taking on Roscommon in a Connacht Final is a once in a lifetime opportunity for James Flynn and Cian Clinton.

They may be from different parts of the the county but taking on Roscommon in a Connacht Final is a once in a lifetime opportunity for James Flynn and Cian Clinton.

Captain James hails from right beside the Roscommon border in the parish of Kiltoghert while Dromahair is home for Cian but both are united in their desire to take on and beat Roscommon in next Saturday’s Connacht Under 21 Championship Final.

James told the Observer at the team’s press night - “I can’t wait, after the semi-final, we got all the lads together and it was just great, we’re really looking forward to it. Pairc Sean will be a great venue for it and I just can’t wait to get stuck in.”

Cian is even more forthright - “It is a big thing playing Roscommon, it is the same throughout the county. We hate the yellow and blue, they hate the green & gold, it just gives you that extra motivational factor that it is against Roscommon and is in our home grounds which we know well and hopefully, that will stand to us on the day.”

Both players stress the team bond the County U21 side and how it will drive them on next Saturday as James said “Everybody from one to 15, the lads who came on, it was just perfect, it was a whole team effort, we’re just happy with the whole way the thing has gone.

And Cian weighs in with how important that team-work is on the field - “The team bond, the belief, the focus and the desire to win this year is something that is very strong among us.

“Of course, it takes massive work-rate. The defence stop everything and we took our chances when they were given to us. At the end of the day, we took our chances and we had one more than Galway but the work-rate from the defence was ferocious, how many block downs were made in the last five to ten minutes, it was something else.”

And although both see Roscommon as favourites, neither are over-awed by the prospect of taking on the Rossies - “Obviously they are favourites but it is something we thrive on and we just want to keep that going,” said James.

Cian states “It is another big one but again, at the start of the year, Galway were the number one favourites for Connacht, now we’re down to the second favourites Roscommon.”

Both Cian and James are confident going into the final. Cian said “You have to be, there is no point going into a game without confidence. Roscommon are a very strong side but we’re confident.”

The last word belongs to the captain as James states “Very confident, if everything goes well like it did the last day, we’ll be delighted and I think it will. If we go the same way we have, the way we played the last day was exceptional and with the same bite and the same effort, we can do the same again.”

• See www.leitrimobserver.ie for more news ahead of next Saturday’s U21 Final.