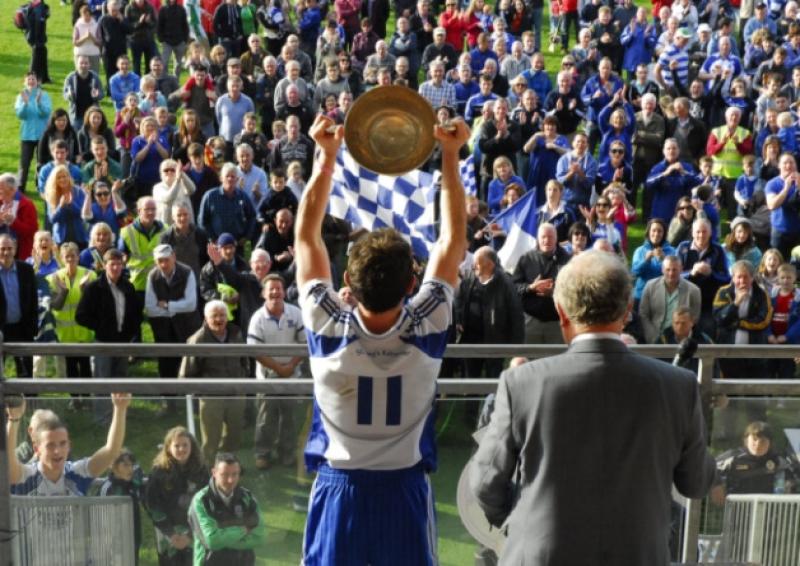 The usual suspects may be among the favourites but this year’s Connacht Gold Senior Championship could prove to be one of the most open and unpredictable in years.

The usual suspects may be among the favourites but this year’s Connacht Gold Senior Championship could prove to be one of the most open and unpredictable in years.

If reports emanating from clubs are anything to go by, many will have significant absentees for the first or second round games depending on Leitrim’s involvement in the All-Ireland Qualifiers and the Minor Championship.

2013 defeated finalists Mohill are reputed to be among the hardest hit with up to six players from last year’s championship expected to be abroad for at least some, if not all, of this year’s competition.

Reigning champions St. Mary’s Kiltoghert are expected to lose the services of at least four members of their starting county final line-up for some part of this year’s championship, including Nicholas McWeeney, Brendan & James Flynn and Conor Farrell. This may, however, be off-set by the return of the likes of Barry Butler & James McGrail but it is a loss that no team would gladly suffer.

All clubs would seem to have lost some players and the knock-on effect will take some time and it may give the team who can keep their core group together a huge advantage when it comes to negotiating the group stages.

Of course, the new format introduced last year leaves teams with far more room for manoeuvre with clubs needing just one win from three games to at least guarantee a playoff place.

What is more than likely is that the teams that take to the field in this round of games may bear absolutely no resemblance to the sides that reach the knock-out stages while the effects on second and third string teams for the Intermediate and Juniors grades is also likely to be severe.

More than likely, this year’s Championship is going to reward the team that keeps its focus and their players together throughout the competition that starts next Saturday with some intriguing games.