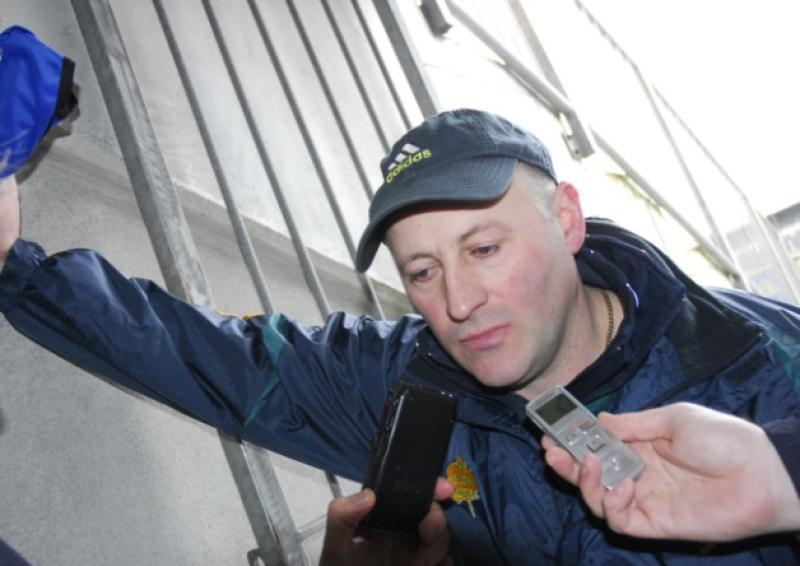 Leitrim’s dream of promotion to Division 3 is “realistically over” according to manager Sean Hagan after last Sunday’s demoralising loss to Tipperary.

Leitrim’s dream of promotion to Division 3 is “realistically over” according to manager Sean Hagan after last Sunday’s demoralising loss to Tipperary.

Asked if the 15 point loss to the Premier county in Pairc Sean Mac Diarmada had ended Leitrim’s quest for promotion, a typically honest Sean said “Being realistic, I think that’s it. I suppose when we looked back and analyse the whole league, it was Dungarvan that undid us.

“Promotion is probably gone but the first thing we have to do is get back and lift the lads’ spirits again, it is all geared towards championship from here on in.

“After the London game, we’ll probably have a little bit of a break and analyse all of our league performances. Then we go back, get the structure all set up again and it will be all guns blazing for the championship.”

And the Green & Gold boss admitted that the better team had won on the day - “We had watched Tipperary against Antrim and we knew they are a quality team, some of them have All-Ireland medals in their pockets from underage, they had just that bit more quality than we had today.

“I thought the lads were in a good place, focused on the game and we felt that we could actually achieve the result here today but that goal before halftime just seemed to really catch us on the hop.”

Sean admitted that Tipperary’s ability to get goals really set them apart on the day - “I thought we were well set up going into the game but we just got sucker punched there at the start from the throw-in, a goal at the start and it kind of set the tone for the day.

“I thought it was a gutsy first half performance, we worked ourselves back into the game to four points and I just couldn’t believe the goal before halftime, a real sucker punch altogether.”