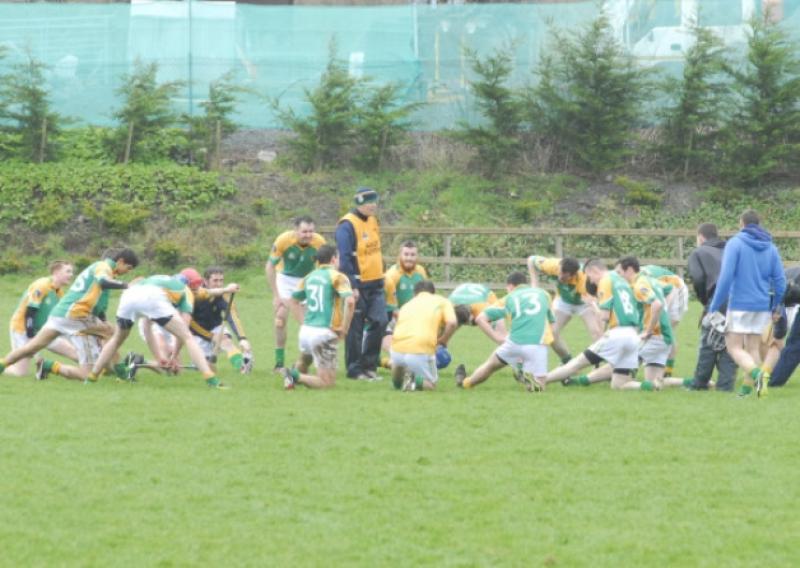 Self belief is key in any sport and it certanly won’t be found lacking in Leitrim hurlers next Sunday if manager Martin Cunniffe is anything to go by.

Self belief is key in any sport and it certanly won’t be found lacking in Leitrim hurlers next Sunday if manager Martin Cunniffe is anything to go by.

As the County hurlers bid to lift the Allianz League Division 3 title next Sunday in Markievicz Park against hot favourites Tyrone, Martin badly states that Leitrim can shock the Ulster men and lift the title.

“Tyrone are a tough team but we’re very confident that we’re going to take them,” Martin told the Observer and pointed to the regular League meeting between the sides as a pointer towards Leitrim success.

“Our first game against Tyrone, we were only beaten by four points and that was our first game, it was Tyrone’s second and we were short one or two on the day,” said Martin, “We have no reason to believe that we won’t win this game.”

If Martin’s enthusiasm and belief seems infectious, it is because the Carrick man sees genuine reason for confidence with a more competitive club scene and great commitment from the county team adding to extra coaching expertise from outside the county.

“There is big interest in county hurling this year, I’ve never seen it before,” said Martin, “We have 32 on the panel, 32 fellows are fighting for places.”

The impact of coach David McConn has also been felt according to the manager - “We have David McConn from Ballyhaunis coming to us twice a week doing a great job, the lads are very, very happy with him.”

And he also paid tribute tothe work being done in the Ballinamore Hurling Club who have had five of the six starters in defence in recent games - “The Earley’s from Aughnashellin, Michael Domican, it is all a big help. Paddy O’Connor is on the management team there and he is doing a lot of work with the county team.”

There are some injury concerns but Martin believes that players are ready to step up - “We’ve lost the full-back Paddy McManus, he is gone with a knee injury, a big loss but we have one or two to come in there that we think can do the job on the day.”

And he also had a special menton for a long serving veteran - “Twenty-seven years ago since we were in a Final, back in 1986 I think it was, I played in it myself and a young man on our panel today, Tommy McLoughlin. It is a great credit to him to be involved still after 27 years.”

And a prediction - “If we can pull off this League, it would be a massive boost for hurling in the county. Although Tyrone, it would be fair to say, will be favourites on the day, they are after coming down from a higher division. They will start favourites but I think myself that we’re going to do it, I firmly believe we will, I have no doubt at all. A bit of luck and a bit of divine help from above, we will pull it off.”