Favourites under pressure to deliver after Manor’s 2013 victory 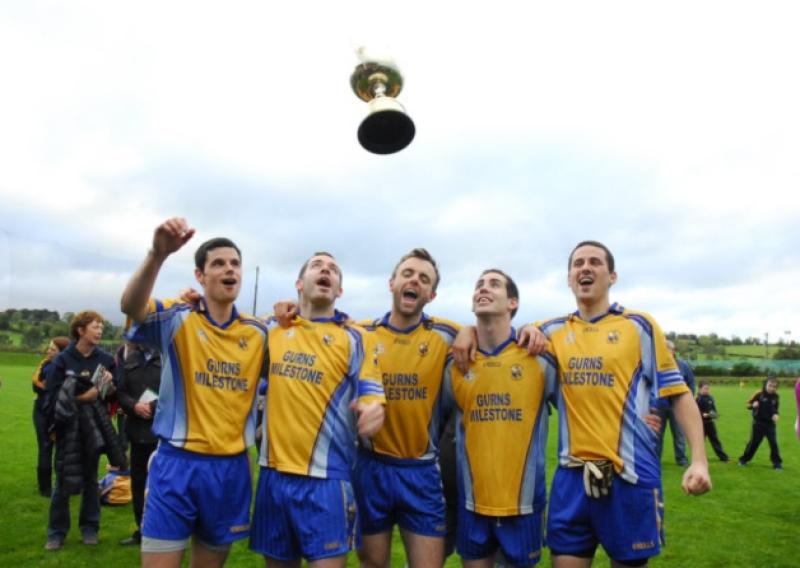 The names are still the same, just the year has changed as a host of teams lined up for a crack at glory in the GWP Intermediate Championship.

The names are still the same, just the year has changed as a host of teams lined up for a crack at glory in the GWP Intermediate Championship.

The fact that this year’s competition will feature the defending champions in Glencar/Manorhamilton is a rarity but it is the first string teams who are determined to regain lost ground in 2014.

Getting out of the Intermediate grade has stymied some good teams over the years and it could prove to be the most competitive, in terms of ability and resources, of the championships this year particularly with last year’s two finalists still in contention in 2014..

Emigration and players absentees will have an even bigger knock-on effect in this grade with two second string teams taking part but it is a group of teams, playing their League football in Division 1, who are determined to join the Senior championship that will set the pace.

St. Patrick’s Dromahair & Ballinamore Sean O’Heslin’s are in the top four in Division One while Aughnasheelin are also in the top flight while the likes of Cloone and Drumkeerin are capable of a shock on their day.

Ballinamore Sean O’Heslin’s, who disappointed so badly last year, will be determined to get off to a good start against Drumkeerin and despite the loss of Shane Moran to America, they look as if they have too much strength for the north Leitrim men.

Drumkeerin’s form has been up and down as emigration too has taken a toll but they are fearsome championship performers on their day.

Dromahair, another side who failed to deliver on their potential last year, start with a clash against Mohill’s second string, game that should see them start off with a win, particularly as Mohill are losing a lot of first team players.

Glenfarne/Kiltyclogher have been dealt a blow by Fergal Clancy’s injury and the speed of his recovery could determine how their season goes and Cloone look as if they might be hitting form at the right time to bring off what would be a surprise.

However, the Gaels probably have a better balance around the field and could be a dark horse in this year’s competition.

Aughnasheelin are one of the three Division One teams in action in the Intermediate competition and while they might be facing neighbours Ballinaglera in a derby, they look to have too many quality players for Glera to counter, particularly if Gavin Sammon, the Earleys and McWeeneys hit form.

Yet much will depend on who is available to clubs with so many players travelling or emigrating this Summer. It leaves the championship as one of the most open in years.