Mohill on top in a game of three halves 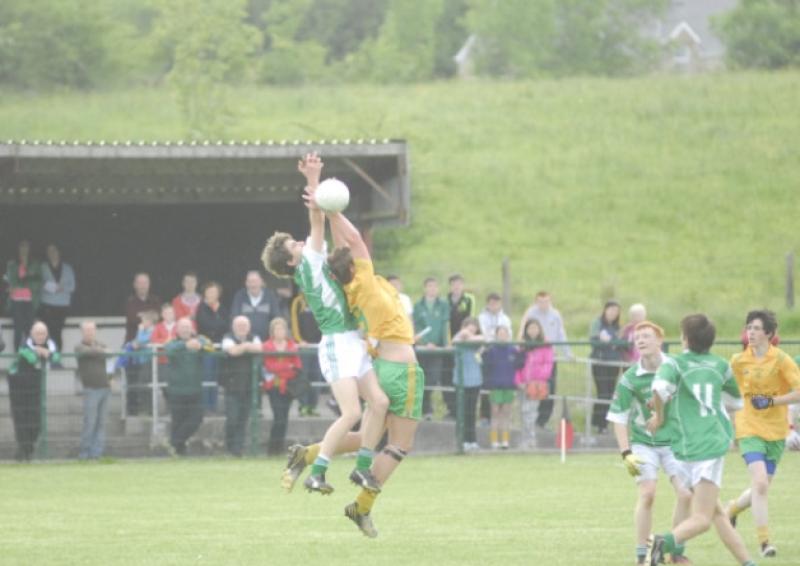 Most times you get the cliche of a game of two halves but Mohill’s victory in the U16 League 15-a-side Final came in what can be best described as a game of three halves!

Most times you get the cliche of a game of two halves but Mohill’s victory in the U16 League 15-a-side Final came in what can be best described as a game of three halves!

Mohill started the Final as hot hot favourites against Ballinamore Sean O’Heslin’s and lives up to that billing in the first half as they overwhelmed their opponents to lead by a staggering ten points at the interval.

But then came a transformation and our “second half” as O’Heslin’s took advantage of some awful Mohill misses and struck for an unanswered 1-3 to put the game right back in the melting pot.

However, as Ballinamore’s unlikely comeback looked more and more realistic, Mohill produced the “third half”, striking for two killer goals on the space of two minutes to finally seize the crown they seemed destined to land.

Mohill’s dominance was based on an incredibly athletic, mobile and hard working team performance and at the heart of it all was the Harkin brothers who gave inspirational displays with their enormous work-rate, ball skill and enthusiasm.

That was supplemented by a lot of stand out displays throughout the team - David Mitchell was extremely solid, Ryan Murphy & Eoghan Keegan dominated midfield and James McNabola, Fiachra McGuinness and Dylan Gaffey all caught the eye.

Yet the stand out performer in Fenagh came from the Ballinamore side as keeper Darren Maxwell made a series of superb saves, stopping at least five certain goals and, along with Damien Creaven, keeping Ballinamore in the contest.

Eoghan Keegan opened the scoring for Mohill but Ballinamore hit back in style with a goal from Daire Murphy in the first minute. Mohill weren’t long in responding and after points from Gavin Gordon, James McNabola and Ethan Harkin, Harkin drove a seventh minute penalty to the net.

The second half saw Mohill struggle to score with a series of bad misses but a huge ball from Niall McGovern found Kevin Mullen in behind the cover and his goal reignited the contest.

Mullen (2) and McGovern added points but Gavin Gordon stopped the rot with an important point under pressure. Mohill keeper Mikolaj Sempka made an important save and Mohill took advantage when Gavin Gordon fisted home a free that looked to have a hint of a square ball, albeit from our viewpoint at ground level.

That goal killed off Ballinamore’s challenge and Fiachra McGuinness followed up with a powerful shot to the net just two minutes later. Mohill made sure of the win with points from Ethan Harkin and James McNabola.