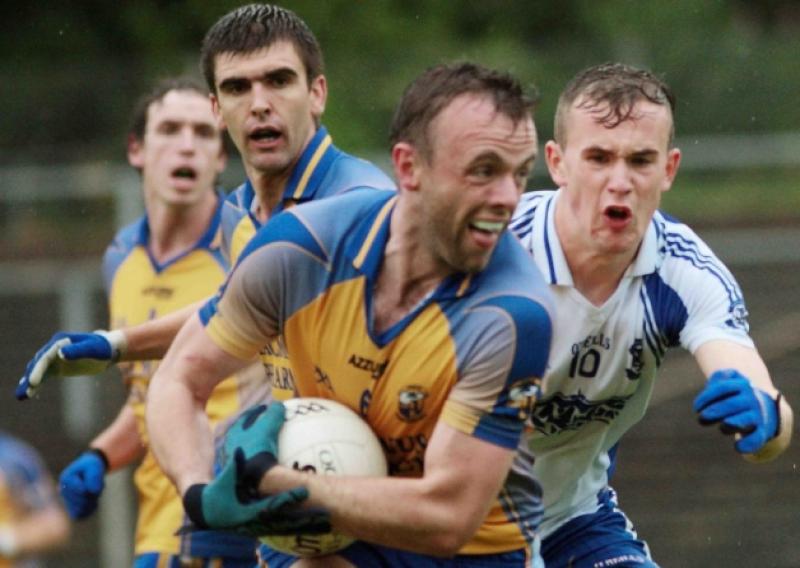 They say the All-Ireland Championship only truly gets going when it reaches the quarter-final stages and the same is true of the Connacht Gold Senior Championship!

They say the All-Ireland Championship only truly gets going when it reaches the quarter-final stages and the same is true of the Connacht Gold Senior Championship!

Next Saturday and Sunday sees the first true knock-out games of the 2014 Club Championship and it promises to be an exciting and fascinating weekend for football fans.

The decision to hold a stand alone double header on the Sunday night is to be warmly welcomed, if long overdue, as it will aid in the promotion of the game and give fans the chance to see other teams in action as well as perhaps attract a greater gate for the County Board.

Sunday’s game between two of the three unbeaten teams in the group stages is undoubtedly the stand-out contest and has the added attraction of being a repeat of last year’s Quarter-Final where Mohill shocked Glencar/Manorhamilton.

Reigning Champions St. Mary’s Kiltoghert face a tricky encounter against a Drumreilly limited by resources but unlimited when it comes to spirit and defiance.

The only other unbeaten team are Gortletteragh and they won’t be too anxious to face Aughawillan who came through their eighth place playoff in dramatic fashion while the prize of a place in the Quarter-Finals is a huge one for Allen Gaels and Kiltubrid, the added bonus of a derby sure to increase the tension on Saturday.

The four games are truly contests that could go either way, looking to be among the most open in quite some time.

Below we take a brief look at Saturday’s contests:

The young Mohill side shocked Glencar/Manor in last year’s Quarter-Finals, Ronan Kennedy’s dramatic last gasp goal snatching a victory that appeared to be destined for the north Leitrim men and Manor are sure to be looking for revenge next Sunday.

Glencar/Manor came through three tough group games with plenty to spare in all three games, the closest test being a four point win over deadly rivals Melvin Gaels and their scoring power has seen them average 16.67 points a game while conceding just 10.34 points a game.

Problem is Mohill are doing even better - an average score of 19.67 points a game is astounding while their defence has been equally parisimonous, conceding just 8.34 points a game. Granted, Mohill were in a much easier group but those are impressive stats that are only likely to get better!

How? The return of Shane Quinn for their attack and a fully available Eanna Madden in defence adds huge potency and power to both sectors that have already done well and the back-up talent on the bench matches what Glencar/Manor traditionally have.

Simplifying this game, it will come down to the midfield - Darren Sweeney was the key man in the victory over St. Mary’s and if Mohill can negate his influence, no easy task, it will go a long way to gaining a place in the semi-finals.

It is not a contest where you can predict a winner with any great deal of certainty - the full-forward line of James Glancy, Niall Brady and Adrian Croal is incredibly formidible and their defence is full of experienced and battle hardened troops.

Pushed for a verdict, Mohill might just have that little something this year and they may just edge it.

Allen Gaels v Kiltubrid: An opportunity too good to waste for both these teams, this is not really a game where neither team has nothing to lose. Both would be confident of overcoming each other but both would be wary of their neighbours.

Allen Gaels form has veered wildly from an unlucky loss to Bornacoola, a comprehensive loss to Mohill and a last gasp and slightly fortunate win over Carrigallen. That win was enough to grab an automatic promotion spot for the Gaels and it may just liberate their players.

Kiltubrid have been similarly patchy - good winners over Annaduff, well beaten by Drumreilly and defiant and deserving of a draw with Gortletteragh. So that really tells us nothing and adds more to the intrigue.

This is really too close to call but if pushed for a verdict, I’d go with Kiltubrid but only after a tough encounter.

Gortletteragh v Aughawillan: One of the traditional big games in Leitrim club football, the Willies go into this game as underdogs, not a position they are used to but one they will wish to exploit against an unbeaten Gortletteragh.

It may be simple to say that the key to stopping Gortletteragh is stopping Cathal McCrann but to do that, you need to dominate midfield and not foul, both easier said than done but Mark Plunkett gives them a chance in the middle.

Gortletteragh have brought in some new young players but it is still the old guard they rely on. The likes of Evan Ward and Padraig Gallagher could be match winners if they get enough ball but they will still be looking to McCrann and Cathal Quinn to lead the way.

Gortletteragh are favourites here, and with good reason. They were very unlucky in last year’s semi-final and they won’t take Aughawillan for granted in any way. This will be tough, tight and desperately hard fought but Gortletteragh should pull away in the final quarter.

St. Mary’s v Drumreilly: Another game that looks simple to call but I have been impressed by the spirit shown by Drumreilly this year, the sort of qualities that can shock even champions.

In Declan Maxwell, Sean Fee, James Holohan, John McKeon & Nigel Maguire, they have a core of quality players while the rest of the team work with ferocious commitment and fierce desire as they try to keep it tight in defence and exploit the opposition on the break.

In St. Mary’s, they have formidible opponents who are only getting stronger with the return of Nicholas McWeeney, James McGrail and possibly Conor Farrell. The absence of key attacking duo Robbie Lowe and Ray Mulvey against Glencar/Manor hurt their chances and if they are back, expect the Carrick men to be much, much stronger.

Mary’s look to have too much power and should come through here.