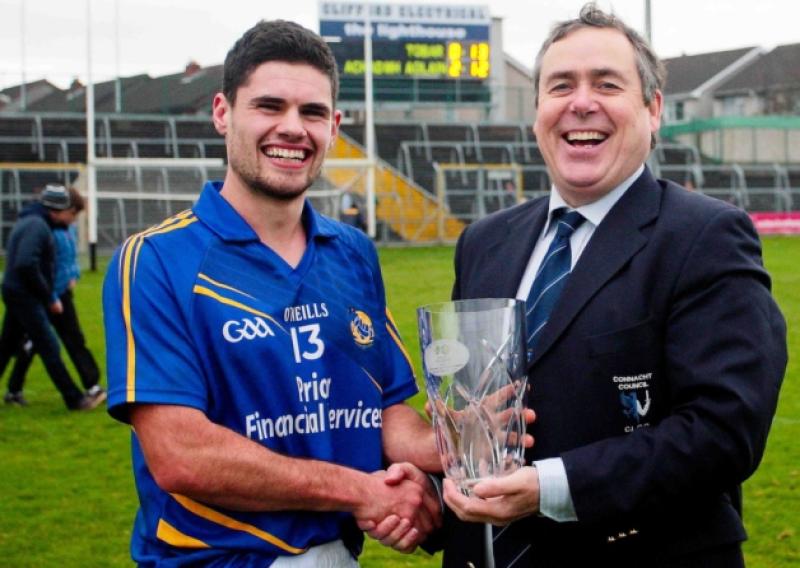 Poor performances in the League helped Aughawillan come down off the high of their County Final victory said Man of the Match Ciaran Gilheany last Sunday in Markievicz Park.

Poor performances in the League helped Aughawillan come down off the high of their County Final victory said Man of the Match Ciaran Gilheany last Sunday in Markievicz Park.

Ciaran admitted that the celebrations of their county title had affected their focus but a loss to Gortletteragh soon concentrated the mind - “The two league matches were crucial because lads too the foot off the pedal.

“We just scrapped by Drumreilly and Gortletteragh beat us and that really woke us up, we really needed those two tough matches. We weren’t training hard, lads were in the pub and it took us a while but when we got our heads out of our arses and really worked hard and thank God we got back into it.”

Ciaran, who smilingly said he would claim Aughawillan’s second goal and was surprised there was a Man of the Match award, admitted nerves had got the better of his team early on - “I suppose nerves really got the better of us in the first ten to 15 minutes and getting used to the conditions.

And Ciaran feels that Sunday’s performance, Leitrim’s first Connacht win since 2005, will answer those who feel Aughawillan had caught St. Mary’s on the hop - “There was no shock, we did our work in the County Final and put in a performance and we done our work here and got a performance.

“It is such a young team and there is no stopping them when they get going and do what they’re told. We keep it simple, we all fight for each other, we’ve come through the ranks together and it is brilliant. We really are a group of brothers.”

Tubbercurry manager Willie Gormley pointed to the controversial dismissal of Brian Morahan - “With 14 men, it’s been a long year, pitches are heavy. With 15 minutes still to go, it’s tough. We went a couple of points up with 14 men and they just came back and got a run at us later in the second half and I suppose goals win games and Aughawillan got two goals and that in the end won the game for them.”