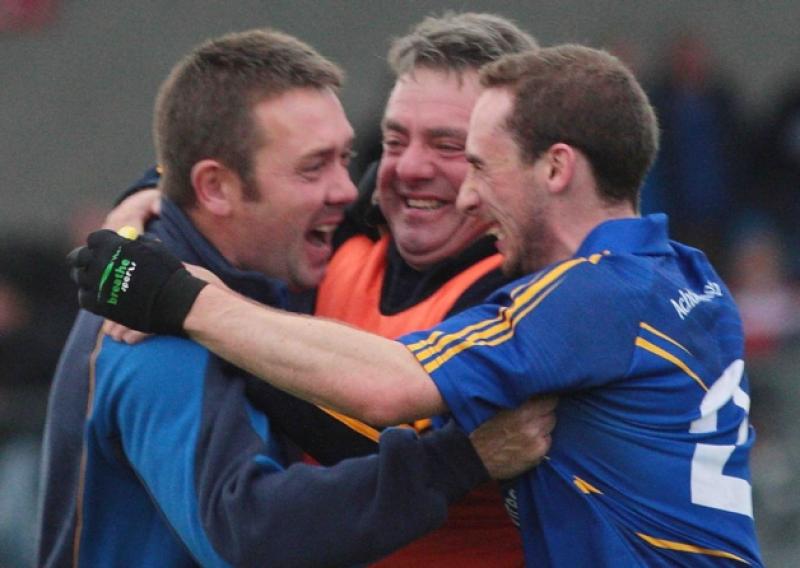 Some managers might be circumspect about facing the might of Corofin but not Sean Pierson who is relishing the prospect of Aughawillan hosting the Galway men after last Sunday’s dramatic Connacht Club victory.

Some managers might be circumspect about facing the might of Corofin but not Sean Pierson who is relishing the prospect of Aughawillan hosting the Galway men after last Sunday’s dramatic Connacht Club victory.

But Aughawillan manager Sean Pierson is definitely not one for limiting his side’s ambitionas, when asked about facing the might of the Galway champions, he told the Observer “The thing about Corofin is that they are coming down to us, we’ll sit back and take a look at the situation, go back to the drawing board.

“We want to play these teams, Corofin is one of the biggest teams in the country. When you’re mentioning Corofin, Aughawillan, Ballintubber and St. Brigid’s in the one mouthful, it is a fantastic achievement for these young fellows to be mentioned in that frame. And it can only be good for Leitrim football.”

Sean’s confidence was echoed by Manof the Match Ciaran Gilheany - “We’re looking forward to it and you need to measure yourself against the so-called best. They have to come to Carrick, we’ll do the work and see how good they are. We want to test ourselves and measure ourselves up against the best. We’ll enjoy the occasion.”

And despite being underdogs for last Sunday’s game, Ciaran reveals that Aughawillan’s proud history inspired the new generation - “Aughawillan has never lost a first round in Connacht in the whole history of the club.

“It is not about Leitrim, it is about Aughawillan and we knew had the talent, we know we had the work done and we knew we could beat them, we just needed the performance and thank Gold, we were able to deliver on the day.”