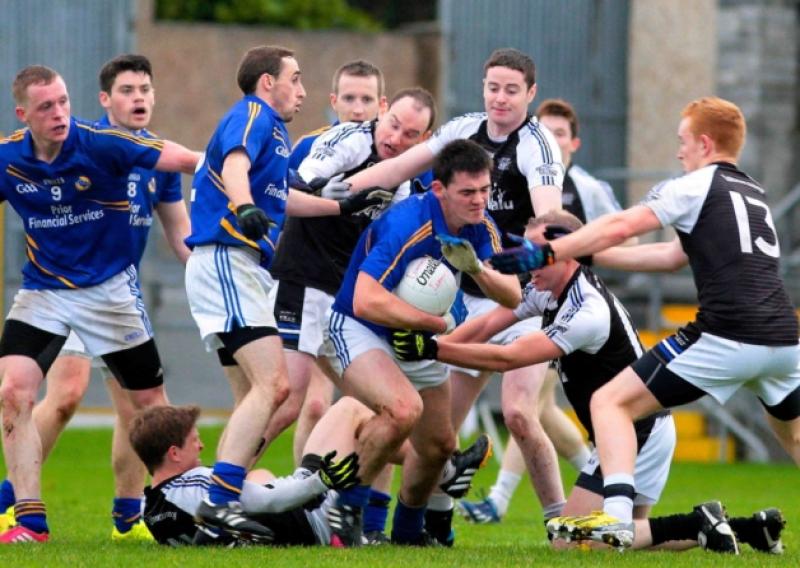 In a season that has seen them deliver shock after shock, Aughawillan produced another epic chapter in their proud history as they shocked Tubbercurry last Sunday in Markievicz Park.

In a season that has seen them deliver shock after shock, Aughawillan produced another epic chapter in their proud history as they shocked Tubbercurry last Sunday in Markievicz Park.

The victory was the first by a Leitrim club since 2005 and maintained Aughawillan’s incredible record of never having lost a first round Connacht game as they defied the odds once more to book a semi-final place against Corofin on Sunday, November 9.

In a display that was typical of the defiance and spirit epitomised by the club, Man of the Match Ciaran Gilheany led the way for an Aughawillan team that buckled at times but never broke and then had the reserves of spirit and strength to snatch victory in the last five minutes of the game.

An injury time goal confirmed the victory in what was a massive and long awaited breakthrough for both Aughawillan and Leitrim football.

David Kelly got Tubbercurry off to a quick start when he gathered a quick free to score in the first minute but despite the Sligo men missed chances although Aughawillan had some bad wides, Gary Plunkett shooting wide with the goal at his mercy.

Tubbercurry went three up when a quick move saw Cian Killoran firing over on 12 minutes before Fabio Cretaro’s powerful run set up Stephen Matthews for a point.

Aughawillan steadied with a fine solo point from Ciaran Gilheany but Tubbercurry hit right back with an Aidan Brennan point from the corner.

Two Gilheany points, one after a sideline ball and another on the run, cut the gap back to just a point but Tubbercurry still looked the dominant side as halftime approached, Matthews converting a free.

One of the game’s turning points came when Michael Quinn mis-judged a high ball but Cian Killoran opted to fist the ball over the bar rather than trying to beat Colin Maguire. That would prove costly as a Gilheany free was quickly followed by a dramatic Aughawillan goal.

It all came from a rare Gilheany wild shot, Pierce Dolan doing extremely well to keep the ball in play before finding an inrushing Rory McTague who drilled the ball to the net with the assurance of an ace predator.

It could have been even better as a minute later, Gilheany broke through but keeper Daniel McDonagh made a fantastic diving save to deny Aughawillan a second goal.

Tubbercurry did hit back with a Matthews free to leave the scores level at 1-4 to 0-7 at halftime but they quickly regained the lead just 22 seconds into the second half when sub Colm McGee gathered the ball under pressure to score.

Sean Fox did well to gather a loose ball and float a lovely shot over the bar to tie the scores but Tubbercurry’s hopes were hit with a slightly harsh black card for Stephen Gilmartin for a foul on Sean Flanagan.

Aughawillan went in front when Sean Fox notched his second point, showing great awareness to bide his time and thump a 40 yard effort over the bar after eight minutes.

Tubbercurry hit back with a Matthews point after a block by David Kelly while two Steven Kilcoyne points had the Sligo men looking good but Aughawillan hit back, both Pierce Dolan and Sean Fox seeing good goal shots blocked.

Gilheany fired over on 14 minutes but the game definitely turned in Aughawillan’s favour with a black card for Brian Morahan who was then handed a controversial red by the referee who said he had been previoulsy booked and could not be replaced.

Tubbercurry didn’t wilt as Colm McGee fired over after a glimpse of goal but sub Stephen Gilheany curled a shot over the bar that was initially waved wide before being correctly given.

With eight minutes left, Ciaran Gilheany gathered a ball and held off his man superbly to point as Tubbercurry lost a third man to a black card, their discipline crumbling as sub Darragh Kilcoyne was barely a minute on the field.

Gary Plunkett did well to point to give Aughawillan the lead but despite Colm McGee levelling from a free, Aughawillan were in the ascendancy with Gilheany tapping over a free to regain the lead in the last minute of normal time.

Tubbercurry kept fighting but all they had to show for it was a Kelly free that crashed off the crossbar as Aughawillan held on for the victory.