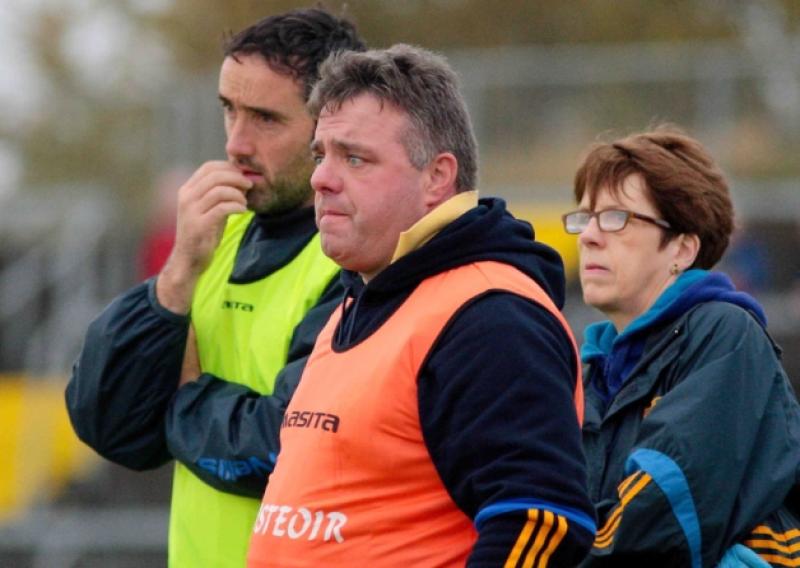 A change in attitude midway through the first half was the key to Aughawillan’s victory according to manager Sean Pierson.

A change in attitude midway through the first half was the key to Aughawillan’s victory according to manager Sean Pierson.

The Leitrim champions went into last Sunday’s Provincial tie as outsiders but they produced a storming finish against 14-man Tubbercurry. And their manager was delighted - “We knew that if we got the performance, we wouldn’t be that far away and these guys, when they go into the unknown, there is something that sets them off and it showed again today.”

“The first 15 minutes, we identified in the dressing room, they got over-awed by the occasion and giving too much respect to Tubbercurry.

“We finished the stronger as you seen in the second half. These boys don’t like to give it away, when they get in front, they don’t rest on their laurels. We have a very positive way of playing football, this idea of sitting back and sitting back and inviting teams onto you.

“If we had to do that today with Tubbercurry, they would have beat us out the gate. We went at them, we played football with them and went to toe-to-toe with them and thanks be to God, we at the right side of it at the end of it.”

“But the one thing about Declan McGovern, what he lacks in ability, he gives it in sheer work-rate and he does exactly what it says on the tin. He had a fantastic game on David and it was a big bearing on the game.”