Galway up next as Leitrim start 2015 with big victory 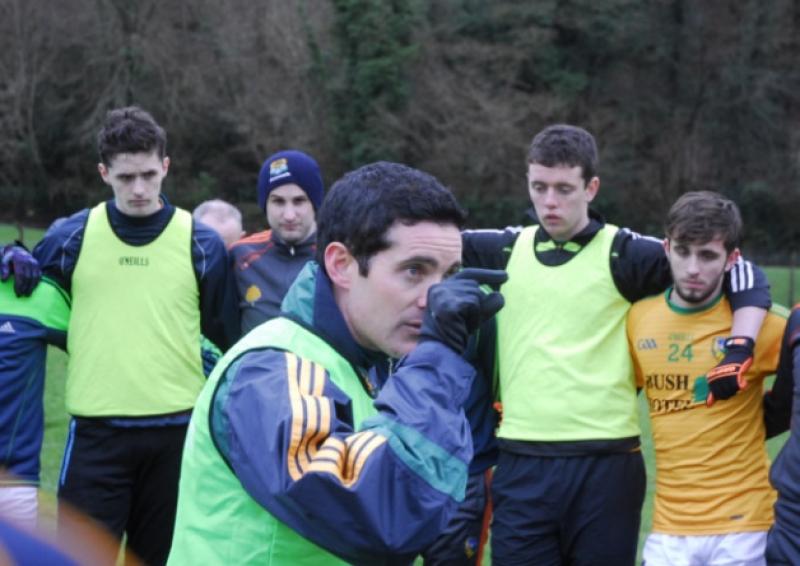 Fresh from a demolition of Galway Mayo IT, Leitrim manager Shane Ward quickly turned his attention to the challenge of Galway next Sunday in Mohill.

Fresh from a demolition of Galway Mayo IT, Leitrim manager Shane Ward quickly turned his attention to the challenge of Galway next Sunday in Mohill.

As Leitrim continued their three year unbeaten run in the FBD Insurance Connacht League with a thumping of an out-classed GMIT last Sunday in Cloone, the new Leitrim manager was already pressing home the message of focussing on the next challenge.

Addressing his players in a huddle in the middle of the field, Ward stressed the positives of a strong display in the opening game of 2015 while half-back Sean McWeeney drove home the message that the next game is now the target for the Green & Gold.

And it was a philosophy that the Leitrim manager was in full agreement with when he spoke with the Observer after the match - “Galway will ask different questions of us next week and certainly Sligo the following week the following week will be the same.

“But we’re taking it very much on our performance and its merits from week to week and again, I’d ask people to take that into consideration when they look at it. There will be younger guys introduced into the team next week, they will be a different proposition in taking on Galway.”

“We have quite a good squad, we have six or eight out today with various little things and we’d be looking at them next week and there will be rotation in and out of the squad in the coming weeks,” said Shane.