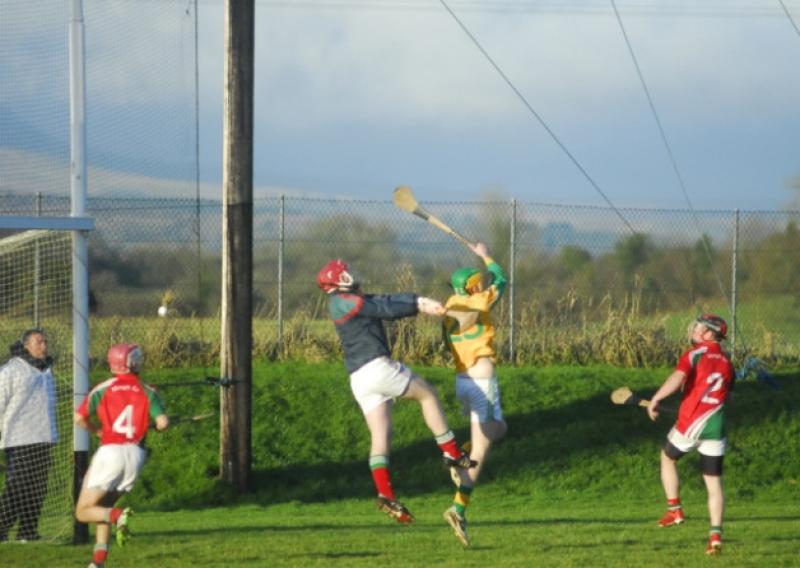 A game that had the feel of the first of the season, an understrength Leitrim still found an experimental Mayo side too good for them in Ballinamore last Saturday.

A game that had the feel of the first of the season, an understrength Leitrim still found an experimental Mayo side too good for them in Ballinamore last Saturday.

Some among the Mayo team did not have known their own team-mates names prior to the throw-in but it was obvious in Sunday’s Connacht League encounter that the Mayo men were operating at a significantly higher level than their Leitrim opponents.

In fairness to a committed Leitrim, Mayo are able to afford player losses far more readily than Leitrim who desperately missed the influence of several key players, Clement Cunniffe and James Glancy in particular.

Those two players along with the Poniard brothers would have added a great deal of hurling craft and physical power to a light team that nevertheless battled with quite a good deal of pride.

That pride was exemplified by the Aughnasheelin full-back line of Paul & Joe Earley and full-back Michae Domican while the Ballinamore club incredibly had the highest representation on the day along with Kevin O’Connor and Moran Quinn while the Earley’s brother Fergal also joined the action.

With only three Carrick players on show and two from Manorhamilton, the county’s traditional powers were very much under-represented last Sunday and the hurlers can only improve with a full strength to choose from.

The dream scenario for hurling fans would see the Beirne brothers, Cathal McCrann, James McGrail and Shane Moran in action with the hurlers but the last three are involved with the county’s footballers.

The early exchanges were tense with Mayo showing a bit more accuracy with points from Donal O’Brien (2) and Cathal Scahill to one from Padraig O’Donnell while keeper Paul McKiernan doing well to save a shot from Alan Gavin.

Karl McDermott scored a fine effort on 11 minutes to reduce the gap and despite two huge points from Joey Ganlehy, Leitrim kept in touch when O’Donnell burst through two men to point on 13 minutes.

But Mayo were starting to move well and they struck 1-2 in three minutes, the goal from Scahill after a powerful run. Leitrim responded with another O’Donnell free but as the game entered added time, Scahill batted home a goal from a tight angle to give Mayo a 2-8 to 0-4 halftime lead.

The momentum of the game died in the second half despite an early O’Donnell point with two Mayo scores in response before the game took a twist in Leitrim’s favour when O’Donnell did extremely well to dispossess an over-confident Mayo keeper to find the net on 20 minutes.

Two minutes later, sub Darren Kerr launched a high sliothar towards goal with another sub Pearse Dolan, who had shown real urgency and class, did extremely well to get a touch to the sliothar to divert it to the net.

Mayo hit back with a Gary Nolan point that many spectators felt had gone below the bar with the keeper picking the ball up inside the net but the umpires ruled the ball had gone through a hole in the net, a little drama at the end of a comfortable Mayo win.