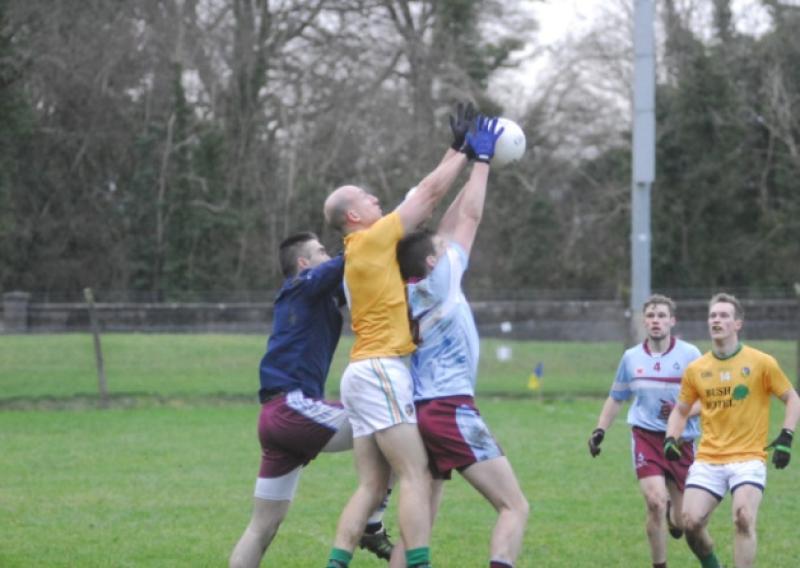 He wasn’t losing the run of himself after his first victory as Leitrim manager but there was no disguising that Shane Ward was pleased with many aspects of the win over Galway Mayo IT last Sunday in Cloone.

He wasn’t losing the run of himself after his first victory as Leitrim manager but there was no disguising that Shane Ward was pleased with many aspects of the win over Galway Mayo IT last Sunday in Cloone.

“I’m pleased with a number of things the boys brought to the game today, Shane told the Observer, “I’m pleased as well that a lot of the younger guys got introduced today and it went reasonably well, it was their first introduction to Senior inter-county football.

“There was a lot of positives. This was James McGrail’s inter-county debut, he spent a lot of time out foreign and this was his first time out. Also a lot of guys from last year’s U21s, Niall Woods, Conor Farrell from Carrick is a new player and he did reasonably well, Ronan Reynolds, Ronan Flynn, Shane Quinn, all those guys are young up and coming guys and they looked right at home there today.

“Even though it was a college team and we were ultimately playing against a group of students, the boys got introduced it and I felt they looked comfortable.

“We also had a lot of experience, a lot of guys who have been there long enough to know difference and their role there today was crucial, to keep those younger guys encouraged and moving forward.”

Yet the Leitrim manager was the first to agree that the Galway Mayo IT opposition was poor and not much could be read into the result - “We do have to take into account the opposition, they are college lads preparing for the Sigerson Cup and I presume they were training over Christmas and heavy training at that so we have to take that into account too.”