Gaels run the legs off Dromahair to snatch victory 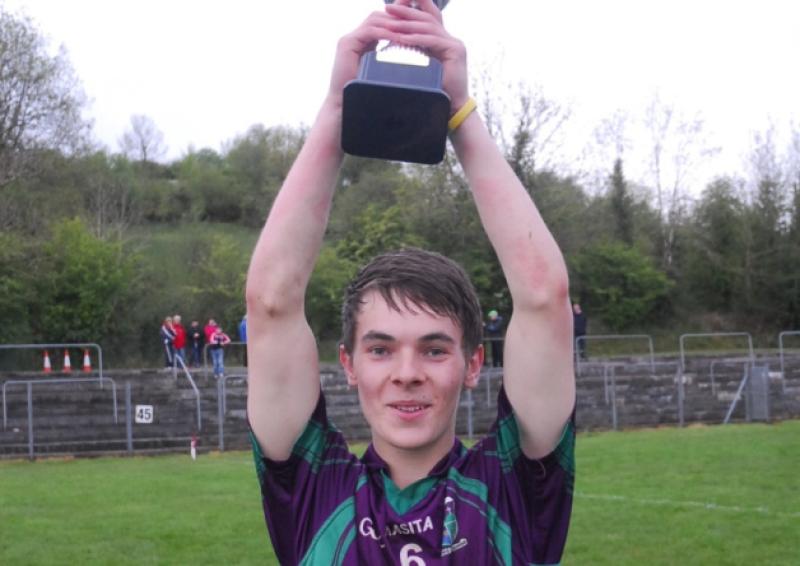 A tireless and super-charged Leitrim Gaels ran St. Patrick’s Dromahair into the ground to claim a stunning victory in the U16 League 11-a-side Final.

A tireless and super-charged Leitrim Gaels ran St. Patrick’s Dromahair into the ground to claim a stunning victory in the U16 League 11-a-side Final.

On a heavy pitch in Drumkeerin, Leitrim Gaels looked dead and buried when Dromahair goaled for the third time 14 minutes from time to go five points clear and seemingly on the road for victory.

But in a fantastic display of team-work and a quite stunning show of fitness, Leitrim Gaels simply ran the legs off the Dromahair men as they scored four unanswered points in the final five minutes to snatch a famous victory.

Leitrim Gaels really stood out as a team but Stephen Goldrick, Shane Finn and Donal Casey had huge scores when the pressure was on and Shaun Chandler’s free-taking was very impressive.

Stephen Kelly had a shot across the Gaels goal but James Clancy put over a free on two minutes before Shaun Chandler opened the Gaels account, after a couple of early misses, from a free.

In a cagey opening, Mark McGee did well to convert a shot but Chandler tied the scores with a good score after a run. James Clancy and Donal Casey swapped points, the Gaels score after good work from Jack Flynn.

However, Dromahair took control when a quick free found Mark Kavanagh who passed on to Luke Tansey who scored despite pressure from keeper Matthew Earley.

Chandler and Clancy (2) swapped frees but the Gaels ensured there would be just three points in it when Stephen Goldrick pointed during a three on two break, leaving the score at 1-5 to 0-5 at the break.

The second half was a much more open affair, Paddy McTiernan shooting wide with two team-mates free in front of the posts while Mark McGee also missed a goal chance.

Dromahair did get a goal when Mark Kavanagh shot to the top right hand corner on six minutes but the Gaels hit back in impressive fashion, three points from Goldrick (2) and Chandler over the next seven minutes.

The Gaels, however, did suffer a blow when Mark Brehony was black carded for a clear drag down of his man. Another Chandler free cut the gap before Dromahair struck for a third goal, Tansey finishing low to the net after a great run from Paddy McTiernan.

James Clancy burst through on a great run to score with eight minutes left but it was Dromahair’s last score as the Gaels last four unanswered points, Shane Finn starting it off with a good point before Chandler scored his eighth of the game.

With the game in the melting pot and a black card for James Clancy, there was only one winner with the Gaels rampant and Donal Casey scored two great points under pressure to seal a famous win in the last seconds of normal time.