Championship dreams on the line 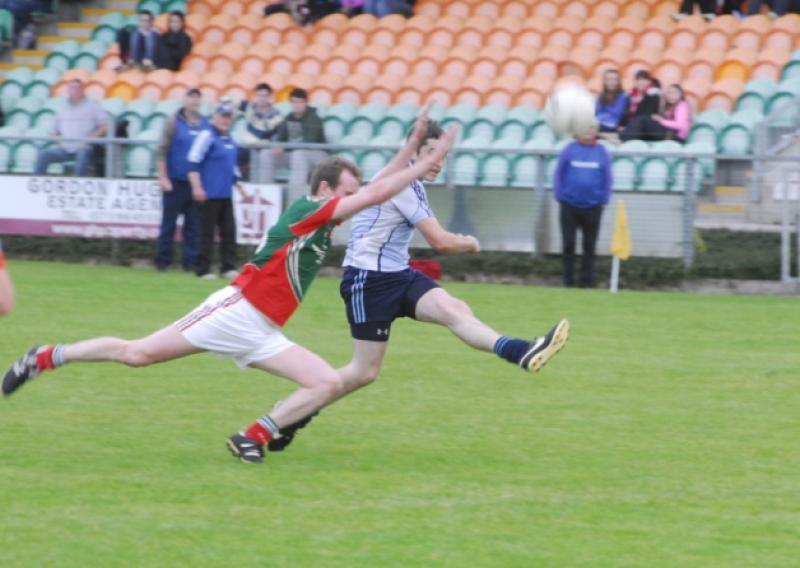 It is now or never. Time to deliver. Whatever cliche you choose, next Saturday’s final round of the group stages of the Connacht Gold Senior Championship promises thrills and spills galore.

It is now or never. Time to deliver. Whatever cliche you choose, next Saturday’s final round of the group stages of the Connacht Gold Senior Championship promises thrills and spills galore.

It adds up to a day of thrills and spills and below we take a brief look at the games involved:

Group 1: Gortletteragh v St. Mary’s Kiltoghert; Annaduff v St. Patrick’s Dromahair: Anyone could emerge in the top two here, it is that tight. Annaduff have the easier task as a point against Dromahair puts them into the quarter-finals. That should be enough to guarantee them the win although much will depend on how much fight Dromahair summon after a disappointing campaign.

St. Mary’s and Gortletteragh is impossible to call, Mary’s have been up and down but they have been at nowhere near full strength. But they need to start showing form soon. Gortletteragh have momentum and more importantly, they have belief and if they get the ball to Jack Heslin, they will be hard stopped. If Mary’s turn up fully motivated, they might just edge it but don’t rule out a draw.

Group 2: Carrigallen v Glencar/Manor - Carrigallen have been a revelation in this campaign and will be pushing hard from the word go. They will need a bigger improvement in attacking accuracy but with nothing for Manor to gain for topping the group, maybe they won’t be as driven as normal. However, you’d still expect Manor to take the win and signal their intent.

Group 3: Kiltubrid v Mohill; Allen Gaels v Drumreilly: The odds in this group are very much in favour of the already qualified Mohill and an Allen Gaels team who could yet have a serious say in this year’s championship.

There is a chance that this group will go to the wire but it all depends on Drumreilly upsetting a very good Gaels team and Mohill defeating Kiltubrid. That would leave all three teams on two points and it would then come down to scoring difference. But Drumreilly would need a big win over the Drumshanbo men and an equally big win for Mohill as their scoring difference is poor.

To be honest, it is hard to see anyting other than wins for Mohill and Allen Gaels, both are performing significantly better than Drumreilly and Kiltubrid at the moment.