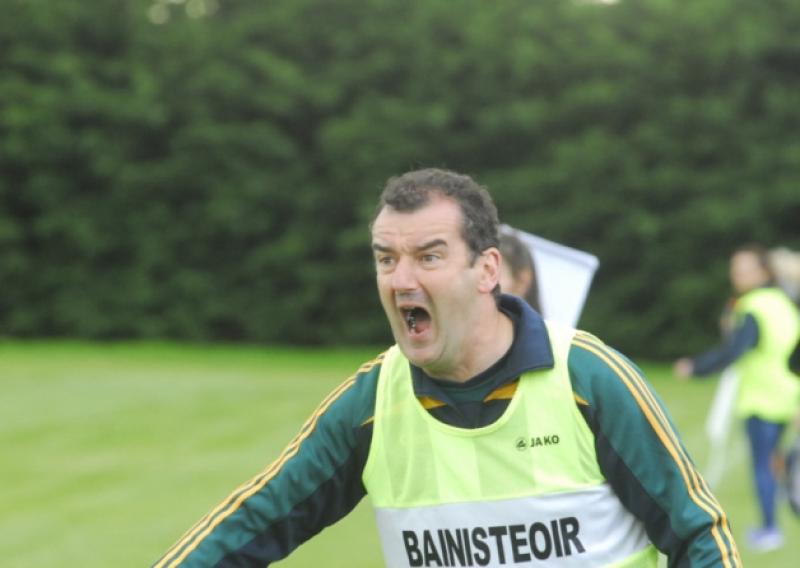 There was no hiding the disappointment at the final whistle but manager Brendan McLaughlin felt that Leitrim’s players didn’t settle against Wexford last Wednesday in Clane.

There was no hiding the disappointment at the final whistle but manager Brendan McLaughlin felt that Leitrim’s players didn’t settle against Wexford last Wednesday in Clane.

As distraught Leitrim players were comforted by team-mates and family members, Brendan felt that the Green & Gold didn’t start well and that may have been down to nerves.

“We had a good campaign overall,” Brendan told the Observer, “the girls put in a good shift, that’s what it is all about. We just didn’t get settle early enough in the game, they showed in fits and starts what they could do.

“But we just didn’t get the rhythm we had against Armagh. If we had got those scores in the first few minutes, it might have been a whole different game, it would have given the girls a lift. Nerves did play a part, there were a few girls that were nervous, we tried settling them as best we can. They shook it off in the second half and gave it a good go.”

Brendan thanked Leitrim Senior captain Sarah McLoughlin for her input ahead of the game in Clane - “Sarah travelled with us today, she was a ball girl and she did a great job and had a wee chat with them beforehand but we tried our best to settle them but sometimes the big occasion can get to you.”

The Leitrim manager is also hopeful that the team’s run to the final will lead to greater success in the future - “We were late out of the blocks, it was February before we started training so there wasn’t much expected of us at that stage.

“We just wanted to be competitive and I think we were competitive for the campaign, we turned over a good Armagh side in the semi-final, today just wasn’t to be, we tried our best.