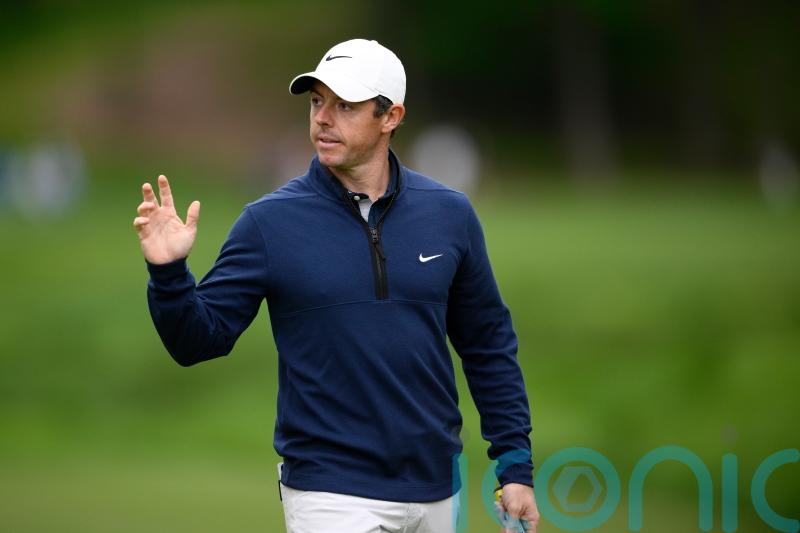 Defending champion Rory McIlroy enjoyed an eventful start to his bid for a fourth victory in the Wells Fargo Championship.

Playing for the first time since finishing runner-up to Scottie Scheffler in the Masters, McIlroy birdied five of his first six holes and followed a double bogey on the fourth – his 13th hole of the day – with birdies on the fifth and sixth.

“I think first week back after three weeks off, there’s maybe going to be a couple of mistakes in there,” McIlroy said. “The three-putt on 17 was an unforced error.

“Eleven’s a tough hole, I got a bit of a flyer from the semi rough and made bogey, but you sort of accept that and deal with that. I probably left a couple out there but I’m still pretty happy with 67.

“It could have been a 65 or a 64, but it’s still a good start. That was a nice bounce back (after the double bogey) to birdie both of those holes. I said to myself walking off the green, if I could just get back to three under by the end of the day after that, I would be pretty happy.”

With the tournament’s regular venue of Quail Hollow hosting the Presidents Cup later in 2022, this year’s event is taking place at TPC Potomac in Maryland, a move which would not appear to McIlroy’s advantage.

However, the course is just two miles from Congressional Country Club, where the 33-year-old McIlroy won the 2011 US Open by eight shots to claim his first major title.

“I love this part of the world, I like the area,” McIlroy said. “I went over to Congressional yesterday and that rekindled some nice memories. As I said, this style of golf just sort of suits me and I seem to play well around here.”