Rory McIlroy leads US PGA Championship after impressive opening round 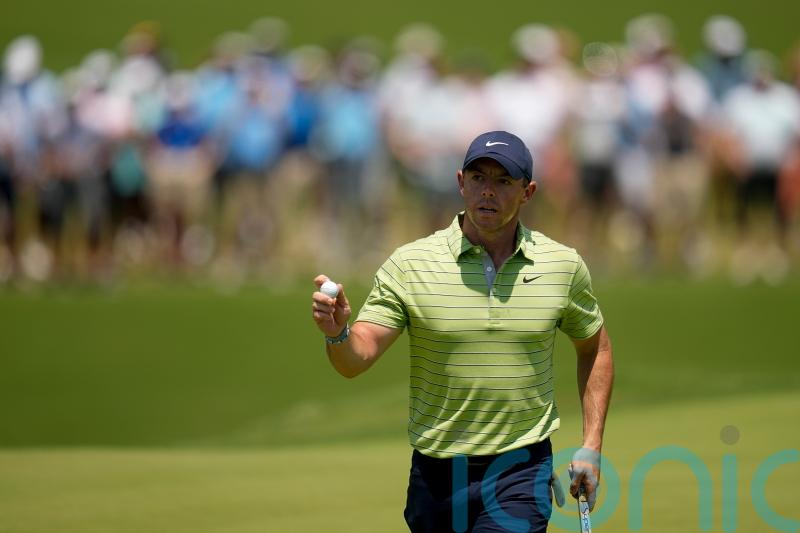 Rory McIlroy finally found the fast start he has been craving in a major after an impressive opening round at the US PGA Championship.

Rory McIlroy finally found the fast start he has been craving in a major after an impressive opening round at the US PGA Championship.

Since winning the last of his four majors in the 2014 US PGA, McIlroy had been a combined 35 over par in the first round of golf’s four biggest tournaments, his latest effort being a one-over-par 73 in April’s Masters.

But, perhaps inspired by being paired with Woods and Jordan Spieth – who is chasing the career grand slam in Tulsa – it was a different story on the opening day at Southern Hills, where Woods won the 13th of his 15 majors in 2007.

McIlroy carded seven birdies and two bogeys in an opening 65 on Thursday to set the clubhouse target on five under par, a shot ahead of the American pair Will Zalatoris and Tom Hoge.

Woods had played his first five holes in two under par but struggled from then on and admitted his right leg – which he feared could have to be amputated following last year’s car crash – was not “feeling as good as I would like”.

The 46-year-old eventually signed for a four-over-par 74, with Spieth returning a 72.

“It was a great start to the tournament,” said McIlroy, who made four birdies in a row on his front nine and had an outside chance of equalling the lowest score in men’s major history when he reached six under after 14 holes.

“I’ve been playing well coming in here. I’ve been carrying some good form. Obviously I took a lot from that last round at Augusta (64), played well at the Wells Fargo there and played good in the practice rounds earlier this week.

“I think when your game is feeling like that, it’s just a matter of going out there and really sticking to your game plan, executing as well as you possibly can, and just sort of staying in your own little world.

“I did that really well today. It was nice to get off to that good start and sorta keep it going. 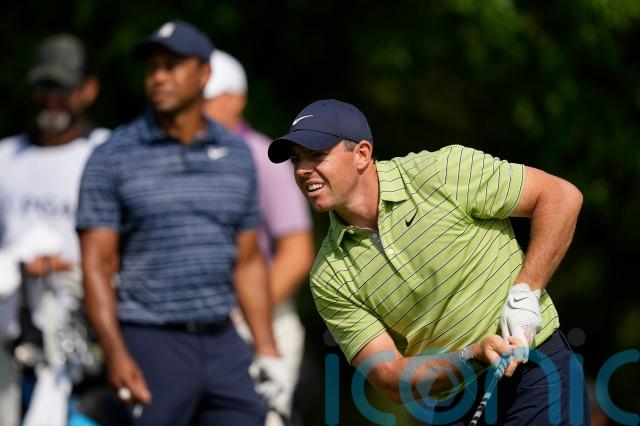 “I feel like this course, it lets you be pretty aggressive off the tee if you want to be, so I hit quite a lot of drivers out there and took advantage of my length and finished that off with some nice iron play and some nice putting.

“It is a great start but I’m not getting ahead of myself. I did pretty much everything you need to do out there and I’m going to have to keep doing the same the next three days.”

Woods faces an uphill battle to make the cut as he did at the Masters, where he opened with a 71 but unsurprisingly faded and shot back-to-back rounds of 78 over the weekend.

“I drove it well, but my iron shots were not very good,” Woods said. “I didn’t get the ball very close. I got off to a great start and didn’t keep it going. I really didn’t give myself many looks for birdie. 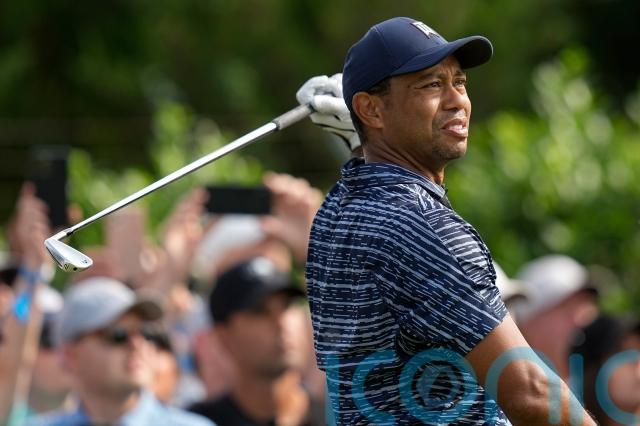 “I was struggling trying to get the ball on the green, and I missed quite a few iron shots both ways. It was a frustrating day.”

Woods was noticeably limping as he walked away from completing his post-round television interviews and added: “My leg is not feeling as good as I would like it to be. We’ll start the recovery process and get after it tomorrow.

“I just can’t load it. Loading hurts, pressing off it hurts, and walking hurts, and twisting hurts. It’s just golf. If I don’t do that, then I’m all right.”

Masters champion Scottie Scheffler battled to an opening 71 that was still the best score from the group containing the world’s top three ranked players, Collin Morikawa returning a 72 and Jon Rahm shooting 73.