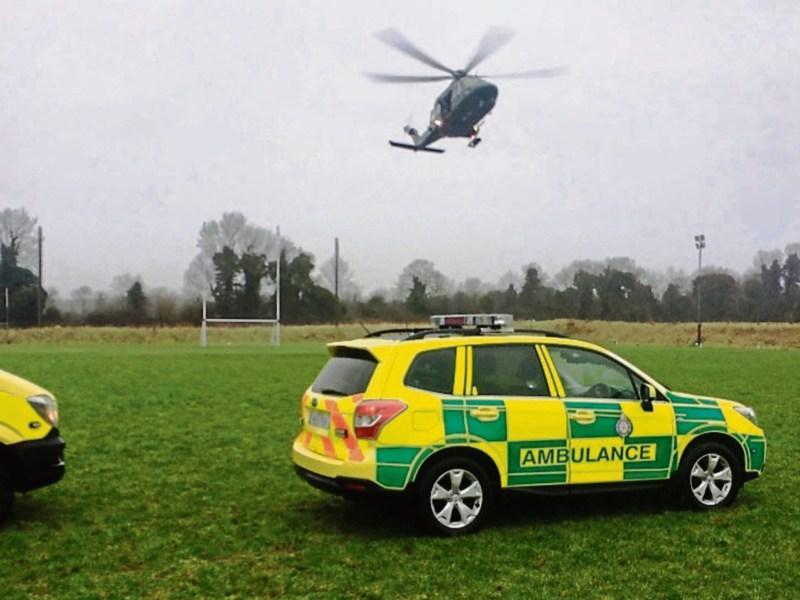 The McTigue family and Leitrim GAA have paid tribute to the medical personnel who saved the life of the young Allen Gaels footballer after his shocking collapse during the Hastings Cup U21 Shield Semi-Final against Roscommon last Saturday in Rathcline.

A defibrillator was used twice on the field in Rathcline to save the life of the 18-year-old who captained the Leitrim Minor team last year and won the Leitrim U16 Player of the Year in 2013.

Alan is presently undergoing tests in University College Hospital Galway after he was rushed to hospital by an Irish Air Corps ambulance last Saturday but his family report that he is making a good recovery.

According to eye-witnesses, Alan was all alone when he collapsed late in the first half as Roscommon led 0-7 to 0-5. The game was quickly abandoned as Roscommon team physio Conor McGowan from Boyle and Leitrim team physio Claire Hoey performed CPR assisted by nurses Kiara Keegan from Mohill and Eileen Beirne from Strokestown.

Alan was then airlifted to UCH Galway by an Irish Air Corps Helicopter with assistance from the Ambulance Service.

In a statement to the Leitrim Observer, the McTigue family expressed their thanks to the medical personnel who ensured a tragedy was averted.

“Alan McTigue together with his parents Josephine and Micky, his sister Ciara and the extended family would like to express their sincere gratitude to all involved in saving Alan’s life on Saturday last.”

Leitrim GAA County Board Chairman Terence Boyle echoed the praise for the medical personnel and paid particular tribute to the Rathcline GAA Club and the Roscommon County Board Secretary Brian Carroll for their help and assistance.

“Alan is doing well and there are no ill-effects and hopefully, he will be back on the playing fields very soon. Alan was running up the field and all he remembers is a slight tightness and then going down on the field.

“The defibrillator had to be used twice and it just goes to show the importance of having a defibrillator and having people properly trained on how to use it and I just want to thank everyone who worked so hard to save Alan's life last Saturday.”

l See page 76 for more on the story and the full text of the McTigue family statement.