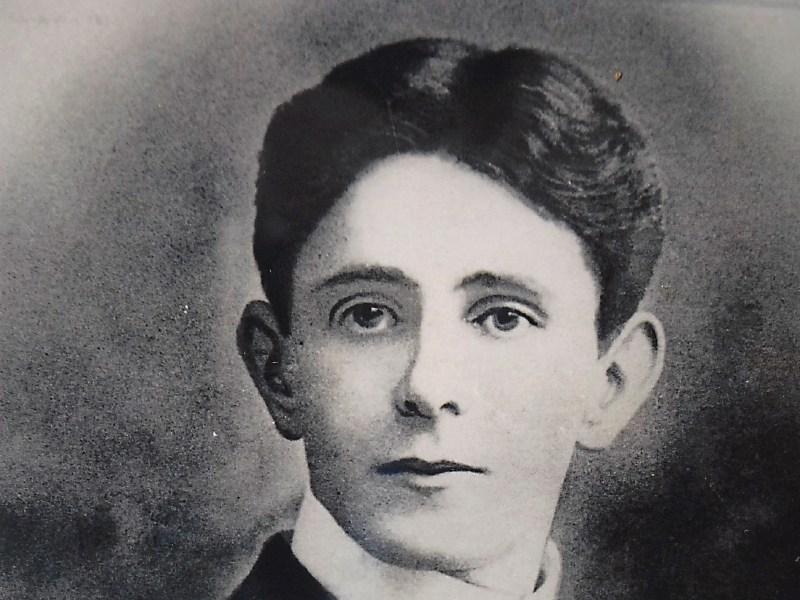 Sunday, May 29 is set to be a memorable day in Manorhamilton. The Manorhamilton and District Historical Society has finalised on that date to rename Lower Main Street in honour of Seán Mac Diarmada. From there on it will carry his name, the final format of which will be decided over the next few weeks.

One hundred years ago on the May 12, Mac Diarmada, a young man of 33 from Corranmore near Kiltyclogher, was executed in Kilmainham Jail in Dublin.

He and his comrades at that time made the ultimate sacrifice for what they truly believed in – a future with a free and sovereign Ireland.

“Today, now in 2016 we are all enjoying that and not just a free and sovereign country, but one of significant international standing and significance. Not only have we taken ‘our place among the nations of the earth’ but we have a country which proudly stands out among the best,” a spokesperson for the historical society said.

“In that context, on May 29, our historical society wishes to show how Manorhamilton, a rural town in north Leitrim, in many ways exemplifies this now.

“Over the years it has lifted itself from the ashes of those days and the sacrifices of those men, to be a town which weekly sends truckloads of its manufactured products all over the world; which has many of its graduates holding high profile positions not only in Ireland but also across the world; a town of 1500 approximately with nearly 1000 people employed on a daily basis; a town which has schools, sports facilities and entertainment centres which are second to none and a town which this year took 2nd prize in the National ‘Pride of Place’ Awards in Ireland.

“ May 29 will be a day when Manorhamilton is pleased to show it is proud of all that and wishes to look back and remember.

“Intense planning will take place over the next few weeks to formulate the programme and this will be advised as soon as possible.

“In naming the street after Seán Mac Diarmadat, the background to the story is important.

Belfast was the most significant and progressive city in Ireland in the early part of the 20th century and it was the place where work was most plentiful.”

It was to there that Seán Mac Diarmada left his home in Kiltyclogher and went for his first job. He got work in the public transport system.

His nationalist tendencies influenced the company he kept and through membership of the Dungannon Clubs he moved on to join the Irish Republican Brotherhood. He must have made his mark.

At only 25 he was sent back to Manorhamilton to act for a kindred organisation forming at the time, Sinn Féin.

They were embarking on their first election which happened to be for the North Leitrim seat in Parliament. This was in fact a bye-election being fought between James N. Dolan, Sinn Féin and Francis A Meehan, Irish Parliamentary Party, strange to say from two business houses, neighbours on the Main Street of Manorhamilton.

Seán Mac Diarmada's organisational skills had been identified and he was appointed as election agent to Dolan, and based himself in the town.

He took lodgings in Pat Wilson’s house in Castle Street and had an office in Richie O’Farrell’s shop in Lower Main Street, now Keenan’s Butchers shop.

A plaque currently on the wall indicates the house.

His stay in the town was about eight months from 1907, until the election conclusion in February 1908.

His candidate did not win, but one can be sure significant seeds were sown in Leitrim at that time for later events to come.

The youthful enthusiasm and energies of this young fellow on the canvass, and him from only out the road, were well noted and set him apart as special.

“Our local historian Dominic Rooney suggested some time ago that it would be a fine tribute to the man to now name this street, one of his first public platforms, in honour of him.

“The Historical Society have now taken this on board and will look forward to strong support and assistance from all quarters to make it a great and enjoyable day for all.

We think it has.”