Mac Diarmada and 1916 remembered over Easter 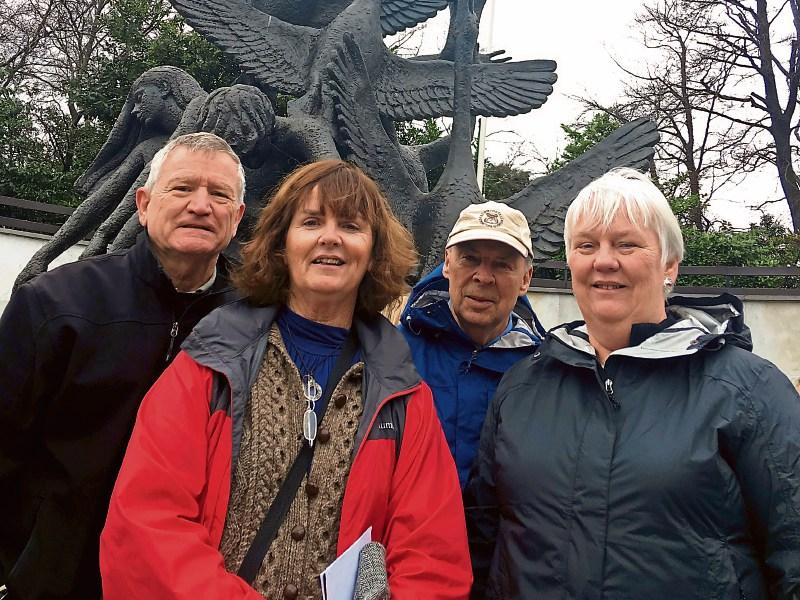 Leitrim's hero Sean MacDiarmada was remembered along with all those who fought and died in the 1916 Rising during local and national commemorations at the weekend.

Dublin put on an impressive array of events to mark 100 years since the Easter Rising, including the largest parade the capital has ever seen.

Meanwhile local annual commemorations were also held in the county.

The eyes of world watched our island as we celebrated the centenary of the Rising.

The commemorations provided the perfect excuse for a first visit to Ireland for relatives of Sean MacDiarmada - Kathy O’Leary Michaud and her sister Pat from Massachusetts.

Kathy and Pat's grandmother Bessie McGovern was a first cousin of Sean MacDiarmada, one of the signatories of the Proclamation.

MacDiarmada drove Bessie McGovern to the boat when she emigrated to the United States. “She never got back to see him before he was executed.

“She returned to Ireland a year after he died,” Kathy said.

“I never had the privilege to come to Ireland before. We have heard my Dad, my grandmother talking about Seán MacDiarmada for many years.

“I planned to come anyway to Ireland, so the Rising celebrations allowed us to make that visit.”

Ronan McGreevy a reporter with The Irish Times was on American CNN on Sunday afternoon speaking about the Easter Rising commemorations.

He is the editor of a book, “Was it for This?” Reflections on the Easter Rising, which is due to be published next month.

McGreevy, who is from Lisnagot, Carrick-on-Shannon, said the international interest in the commemorations showed what an important event it was not just in Irish history, but in world history.

“It is the clear the Easter Rising resonates much further than Ireland. It was the inspiration for many national movements and hastened the end of colonialism.

“I was delighted and proud to have been able to tell a global audience about the significance of the Rising and our centenary commemorations.”

Leitrim will be having it's own Flag Raising event at Leitrim County Council Offices on Sunday, April 24 exactly 100 years on from the first day of the Rising in 1916.

There will be more national and local events to remember the execution of the leaders in May.

This week, the Leitrim Observer publishes the final installment of our special 1916 supplements looking back on Leitrim 100 years ago as well as Sean MacDiarmada and Thomas Clarke's involvement in the Rising.

This week's supplement includes features from Ronan McGreevy about MacDiarmada's family, we look at two Leitrim men both called John Reid who fought in the Rising and we discuss Sean MacDiarmada as Gaeilge.