Steady trade for Angus at Carrick Show and Sale 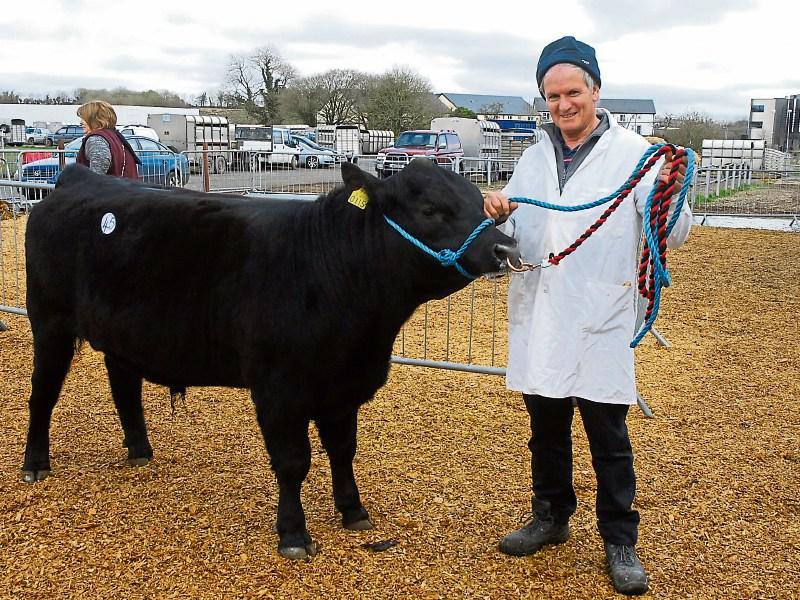 Saturday last in Carrick-on-Shannon saw the Midland and Western Livestock Improvement Society’s Show and Sale of Angus, Shorthorn and Hereford bulls and heifers show a marked improvement in trade from recent months with an 85 % clearance in the Sales Ring.

Under the expertise of Judge, Albert De Cogan, Bunlahy Minto Jimmy, sired by Bunlahy John G, was awarded the Angus Championship for breeders GD and A Reynolds, Bunlahy, Ballinalee, but did not sell later in the day.

The Reserve Champion was Laheens Luke, sired by Nakkeg Nord and bred by Cathal Duignan, Laheen, Eslin which sold for €3,000.

The top price of the day was achieved by Cavan breeder Frank McKiernan, Drumcrow, Ballinagh when he sold Drumcrow Power Punch, sired by Netherton Americano for €5,000.

All six Hereford bulls exhibited on Saturday were sold with Benny Mulrennan, Lisnanean, Elphin achieving the top price of €3,050 for his bull Lisnanean George, sired by Gouldingpoll 1 Superduty.

The Midland and Western Society host their Show and Sale of top quality Continental bulls and heifers including prime examples of Charolais, Simmental and Limousin breeds this Saturday, April 16.

A catalogue of animals for sale and further details are available from 086-3883112 or by email midlandandwestern@gmail.com