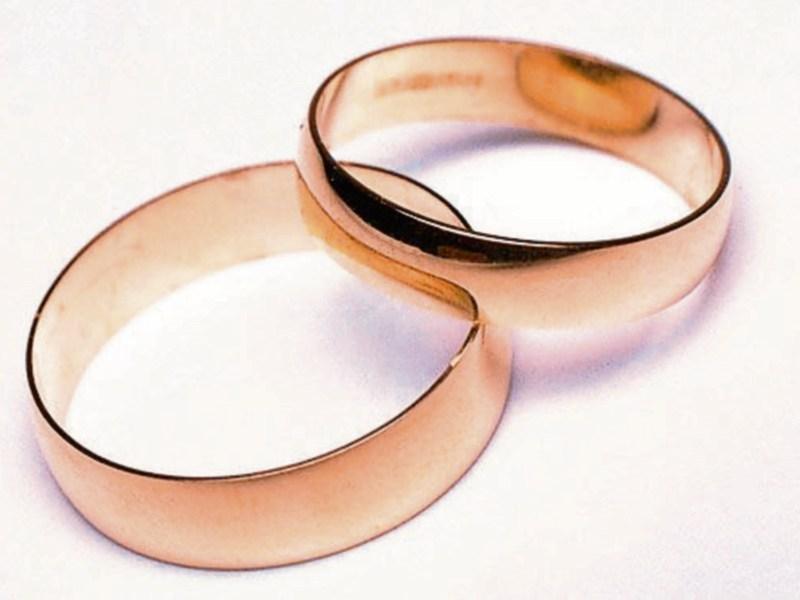 There were no same sex marriages registered in Leitrim last year.

More than 460 same-sex couples married or entered a civil partnership in 2015 following the yes vote in the marriage equality referendum.

Figures from the Central Statistics Office (CSO) show there were 91 same-sex marriages last year, while a further 250 male couples opted for a civil partnership, and 126 female couples also entered unions.

Two-thirds of same sex couples who entered a civil partnership last year are from Dublin, with 78.2% of Lesbian Gay Bisexual Transgender LGBT couples residing in Leinster.

Roscommon/ South Leitrim was the only constituency to return a no vote in the marriage equality referendum and both counties saw no civil partnerships registered last year.

Cavan, Monaghan, Carlow and North Tipperary also had no civil partnerships registered there. The figures also show a continuing trend of people getting married later in life. Men getting married in 2015 were an average of 35.3 years old, compared to 26.2 years in 1977.

Traditional religious ceremonies still account for the highest proportion of marriages in the state.

More than half of the ceremonies in 2015 were Catholic services, while the Church of Ireland accounted for just 1.8% of ceremonies.

Civil services accounted for 6,156 of all marriages.

For the fourth year in a row, August is the most popular month to get married in with 26.5% of all weddings last year in July or August.