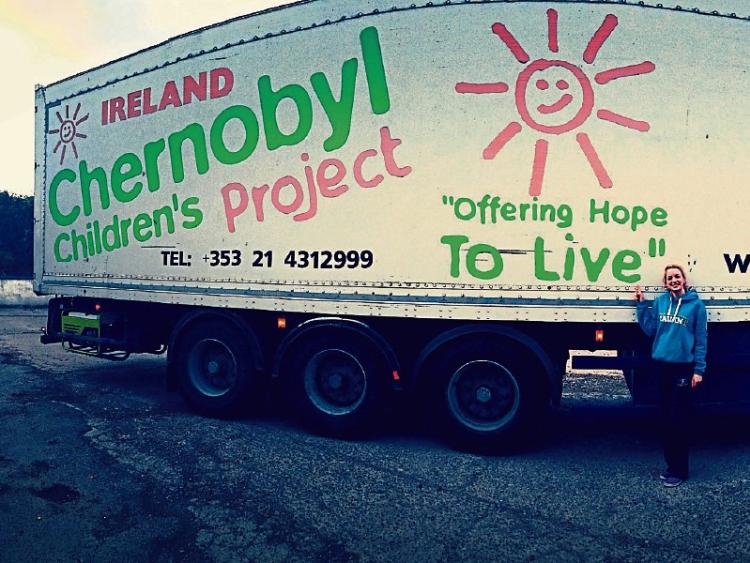 It's 30 years on the 26th of April since the Chernobyl nuclear disaster occurred where four hundred times more radioactive material was released from the Chernobyl reactor than by the atomic bombing of Hiroshima.

This radioactive cloud of dust travelled across Europe with most of it falling in Eastern Ukraine, Russia but the worst affected country of Belarus. 2,000 towns and villages were evacuated, and more than 400,000 people have been relocated from their homes since 1986.

Decades later, another 70,000 are still waiting to evacuate.The exclusion zone, known as “Death Valley,” has been increased from 30 to 70 square kilometres. No humans will ever be able to live in it again.

It’s hard for the rest of the world to imagine the devastation this disaster has visited on the people, the children and the land. Those 30 years have passed and we think these areas have recovered. But they haven't. Radiation lives on in every sense: in their water, their soil, their animals, their fauna, themselves.

These people now carry a genetic marker passed down from one generation to the next and it’s effects are catastrophic. 85% of children born since 1986 in Belarus are affected by a 200% increase in birth defects and a 250% increase in congenital birth deformities. More than one million children continue to be born and live in contaminated zones.

Edwina Guckian has travelled to Belarus’s worst affected areas on a number of occasions with Adi Roche’s Chernobyl Children International. In February the people of Leitrim helped her fill a truck with desperately needed adult and children’s supplies.

“The truck departed for Belarus on April 8th and arrived this week to some extremely excited children. Jim Kavanagh, Volunteer of the Year 2014, is the mighty man who had the daunting task of leading a convoy of trucks across Europe to deliver the goods to Vesnova Children’s Mental Asylum and surrounding villages.

"Each child living in an institution, such as an orphanage or mental asylum, is allocated just €1 per day to live.

“Once institutionalised you are there for life. You lose all citizenship right. Even when you turn 18 you are just moved on to an adult institution. I have worked closely with these children in Vesnova. There are some that if were given half a chance, an education, a family, a future, they would thrive.

“While many others are bed bound and have malignant tumours, blood circulatory illnesses and disorders of the bone, muscle and connective tissue system these children are full of positivity and smiles knowing nothing of a better world, only the one they live in.

“At the end of the day, regardless of illness, mentality, mobility or communication, they are all children that crave love, attention and hope. Thank you to every single person that helped in anyway towards my appeal. I just put out the word but it's you that makes it all happen.

“Compassion and hospitality is alive and well in our beautiful country. Apart from my mission to fill this truck, I really wanted to make people aware that the Chernobyl disaster is not a part of history, but is very much a part of everyday reality. But change is happening and awareness is the first step.