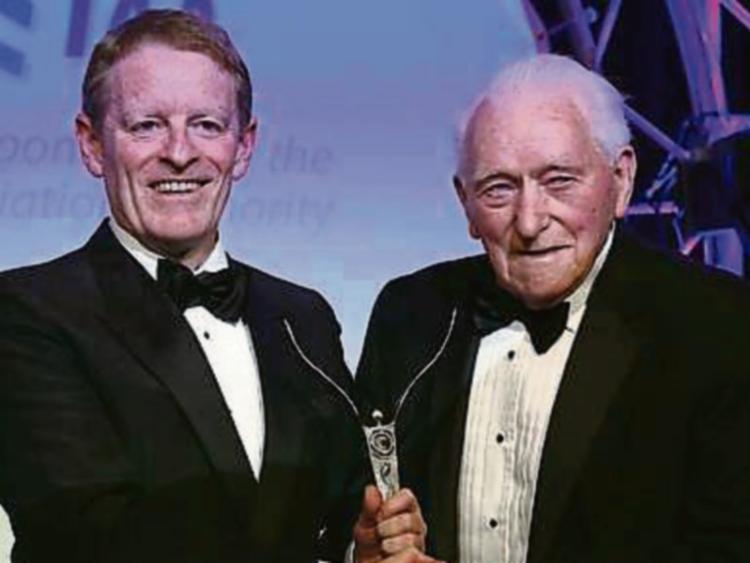 The Air Corps pilot who flew a plane from which a Drumshanbo Cadet ejected, has died.

This was also the first aircraft in the Irish Air Corps equipped with Martin-Baker ejection seats and O'Connor was the pilot in 1961 during the first ever ejection from a military aircraft in Ireland.

The Cadet and co-pilot in question was Ronald McPartland from Drumshanbo. Her was ordered by O'Connor to eject after a training flight went wrong on May 5, 1961.

At 10.45 that morning, the Vampire jet took off from Baldonnel Airbase, to carry out introductory pilot training on spins and spin recovery in the Mullagh-Kingscourt area of Co Cavan.

In command was Comdt. Jeremiah B. O’Connor, Officer Commanding Fighter Squadron. His student pilot was 20 year old Cadet Ron McPartland, from Drumshanbo, Co Leitrim, who had 15 months service with the Air Corps.

The Vampire climbed to 30,000 feet and Comdt. O’Connor prepared the aircraft for the spinning exercise. He reduced the speed to the point of stall and applied harsh right rudder to force the aircraft into a series of slow horizontal gyrations before the nose of the aircraft dropped below the horizon and the aircraft locked into a steep descending spiral with huge centrifugal forces.

After counting a number of spins or revolutions about the axis of the aircraft, Comdt. O’Connor initiated standard recovery action of applying opposite rudder to stop the near-vertical spinning but the aircraft failed to respond and continued in a steep vortex towards the ground.

Recognising that the standard recovery action was not having any effect Comdt. O’Connor reversed the procedure and applied opposite rudder which again had no effect on the spinning aircraft.

The descent was rapid and at approximately 20,000 feet O’Connor reached forward to the centre of the instrument panel and pulled the canopy release handle to unlock the canopy which was jettisoned with a deafening roar as the full blast of the air was felt by both pilots.

Cadet McPartland ejected and found himself spinning and descending like a dervish for what seemed an eternity until his parachute opened and he landed near Mullagh, Co Cavan. O'Connor decided not to eject and regained control about 5,000 feet above ground and headed back to Baldonnell.

McPartland eventually got assistance and made his way back to Baldonnel, both men living to tell the tale.