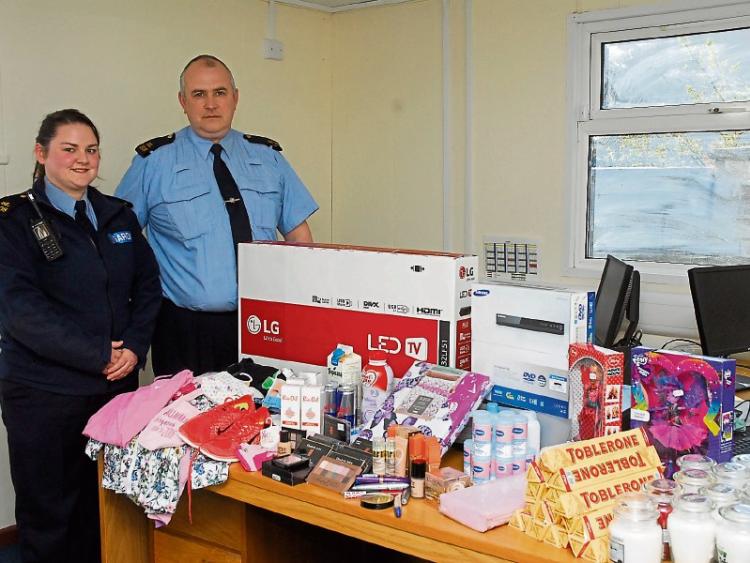 Gardai in Carrick-on-Shannon recovered a huge haul of stolen goods worth hundreds of euros taken from local businesses last week.

It is understood just one culprit walked out of the shops during day time trading with the goods.

Gardai said they received a report of theft from two different shops in Carrick-on-Shannon and quickly conducted an investigation.

They stopped and searched an individual and recovered the goods, which were all of different values and sizes.

The suspect was arrested and interviewed and the matter is expected to proceed through the local court.

They are not looking for anybody else connected with this crime.

The goods were stolen and recovered on the one day in Carrick-on-Shannon.

The exact value had not been calculated by gardai or the shop owners, but looking at the photo of the haul, it includes some well-known brands as well as big items and it is estimated the value of the haul is a few hundred euro.

Gardai are advising local businesses in the county town to step up their security in the wake of the thefts and they are also advising the public not to purchase items on the black market, because they are probably stolen from the area.